Yasmeen Carillo, a writing student, opted to pen about her best friend, Devin, from her friend's point of view. To me, it was uplifting that Yasmeen still cared about a friend she lost three years ago and still thinks about often. This is part of Yasmeen's healing journey. --  Diana

I wish that I never had cancer.  I had two sisters and I always loved them. When I passed away, my life flashed before my eyes. It was just me, my sisters Jordan and Ryann, my friends and my Mom and Dad. I fought the cancer but my body didn't beat it. My body wasn't use to all the medication I had.

I had a good life for a short time. One of my friends, Yasmeen was close to my family. We were best friends. We knew each other since we were babies. We were only two days apart. I was born first. She didn't really take it that hard. She was sad, but she couldn't cry. But she grieved.

She always wonders what would happen if I didn't pass.  Her mom was close to my mom. They use to work together.When I passed, a Girl Scout troop made a tribute at my old school, Crestwood Street Elementary.
My cousin, Kaya, took it the hardest. She was crying so hard the troop leader had to speak for her. Another friend spoke at the opening.  She kind of cried. She tried not to cry because she wouldn't be able to speak. My whole family was there, my mom, my dad, my sisters, grandma, etc.

I miss so much of life. I missed my fourth grade camping trip. I missed everything.  I miss my mom, my dad, my sisters, my cousins, everyone.

I really miss my life. I wish cancer didn't exist.  Then I would still be alive.

Posted by theunderdogforkids at 4:20 PM No comments: Links to this post 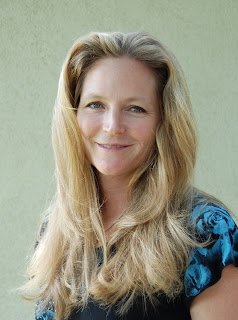 Children's Writer Publishes Her First Adult Book and Finds Readers Enthralled With Letter 16,  Her Tome About a Floating Bottle

Having twin boys, a daughter and a life wound tautly around children, children's author E.G. Ryan took a leap of faith and published her first adult novel -- Letter 16, released this spring. The story converges around two strong, suffering women, walks us through World War II and follows a floating bottle around the world.

Mostly, Elisabeth says, it's a story about karma and faith.

"The bottle is full of karma," she explains over coffee as her three children play by her side. "People are reading it in two days. My friend, a teacher, called me crying, saying she loved it. It's been a whole different response from my children's books. Literally, everyone is loving it."

As she nears the 1,000 mark of her novel's sales, Elisabeth, a former defense analyst for the U.S. Government, can't help but be thrilled that she didn't wait for traditional publishers to cast their eyes her way. As soon as she did two readings at the local Corner Store, she sold 200 books.  She also didn't wait for publishers when it came to her ten children's books, all of which she wrote and illustrated.

Her children's works have caught on at schools, book fairs and book clubs and have begun to sell well on line with her strong marketing skills. Those include books such as Spunky the Dog, who doesn't want to live with his family anymore and The Collect-Its, two creatures living under a girl's bed who take her things when she leaves them out. All the stories are based on her mothering experiences with her twins, Nick and Maximillan, 9, who she home schools, and her daughter, Alexa Rose, 5.

As if she wasn't busy enough, Elisabeth plunged into writing novels, such as Irish Eyes and Five, both of which will be published possibly next year.

Her recent novel reflects a lot about the striking, six foot tall woman who often doesn't even begin to write until 11 at night. It shows she's highly prolific (she's working on another set of preteen stories) and that she detests rules. It irritates her inner-spirit so much that she tossed publishers rules out the doors.

Those include: don't both draw and write your own children's books,  don't self-publish and don't change genres. In other words, don't explore.

But Elisabeth is all about adventure and decided quickly on she would write novels while she continued penning her children's books. "It fuels my fire," she said. "It just gives me more drive to prove them wrong and I do like the challenge."

Her first published novel establishes the love a young woman named, Anna, a daughter of a Baron, has for her Jewish lover, named Jakub, during World War II and how their romance was pulled out from underneath them by the gathering storm of Jewish hostiles under Adolf Hitler.

Anna then writes letters to her love who vanished suddenly from her home in Poland, and tucks them carefully into a bottle, sending them away with dreams that sometime she will meet Jakub again and reignite their love.

The 16 bottles -- most of which she sends out on streams and rivers, disappear-- but carry an abundance of  amour, but only one carries  what the author calls "Lissie's justice," and holds karma that will touch other people's lives all over the world like a jigsaw puzzle.

The story entwines with a contemporary woman named Diana, who has suffered hew own tragedy, when she finds the bottle "a world away." Distraught by her loss, but encouraged by the dramatic romance she finds in the letter despite the caverns of war and time, Diana finds a life mission: to return the letter to Anna.

"It speaks to a lot of people because of the cross-culture and the different experiences in their lives," the author said, adding she is Swiss-German. "My grandfather hid two seasonal Polish farm workers" during the war.

He did it in haystacks, cutting out sections in the hay bales where his farm workers could hide, she added. She used this same imagery in her book along with many others she gathered as she traveled  the world in her federal job. One minute a reader can be in Japan where a wife has suffered a severe and deep humiliation from her husband and mother-in-law to a space  in the expansive ocean where a man who is about as cute Star War's Jaba the Hut engages in human trafficking of young girls.

Her characters, she said, are "a compilation of humanity."

She calls her work "Lissie's justices," she said, because "in my world, if you do bad, bad will come to you."

Advice she has to other writers:

"People say they are always going to write a book," she said. "Write it. Don't share it with anyone until you are done. Who cares who the audience is? You are writing the book because you want to write it. They say every 1,000 words makes you a better writer.

"Write the book for you."

Posted by theunderdogforkids at 12:42 PM No comments: Links to this post


Both my brother, Marsalles, and I have grown up in a community where we generally can walk about the streets during the day or night with little care. We are friends with so many people in San Pedro that even owners of some of stores, teachers at schools we have attended, soccer families, and even restaurant owners know of our successes.


Despite knowing that we have a large part of our community supporting us, things have changed after the ruling of George Zimmerman as "not guilty" in the shooting of 17-year-old Trayvon Martin who was walking to his father's home after visiting a liquor store. The adult man believed Trayvon might have been a threat to his neighborhood and shot the teen during an apparent scuffle.


We too are young African American men, who at times have had to watch our backs when walking into an "upscale" neighborhood. Police have slowed down and stared at us just for being there.


However after this tragedy, it is almost as if we can't even leave home with some sort of body guards.


Every day now before leaving the house or going to work, I get and so does my brother: "I love you baby...be careful, call me when you get home...call me when you get to work...I will call you when I get home too...let me know if anything happens" from both of our parents and our grandparents.


We appreciate the high level of concern, but both my brother and I can assure my family that we will be o.k. and nothing is going to happen. My brother jogs every other day of the week and he likes to run during the late evening.


"My parents and my grandparents know my running schedule, but after this tragedy it has become a hassle just to go out for an evening jog," my brother complained to me. "Every time I run, my mom will question me relentlessly if I have my phone. She even made me drive the route I run so if anything happens, my brother and/or sister can come and find me.


"My grandparents will not even go to bed  until I come back, and sometimes I run late and won't get back until 10:30 p.m."


It's as though we are elementary school children all over again despite that I am 19 and my brother is 20.

In a way, both my brother and I feel like our freedom has been stripped away. It feels like we are in this bubble where we are always having to be watching ourselves when entering certain neighborhoods, even though we know nothing is going to happen.


We are both now finding ourselves becoming paranoid, which seems extreme, but when you are judged by the color of your skin rather than your mind, especially in the circumstances of such an event, it kind of just happens. It doesn't help that our parents are terrified that something could happen to us.

My mom continually says she "feels so bad for (Trayvon's) parents and is disturbed "that this man didn't get a single charge for killing this boy."


Our father  complains that it's "a shame that ya'll can't even walk down the street without people veering away or changing their direction when they see you. I know it doesn't happen to you two, but you know what I'm saying."


Even though the case didn't hinge on Florida's "Stand your ground" law, our grandfather predicts more black teens and young African-American men will be killed due to this type of defense.


We listen and then compare it to living in Hawaii where we attend Hawaii Pacific University which is thousands of miles away and has a completely different, and complex culture. We surprisingly do not have any of these problems there at all. In fact, people are surprised to see African Americans  because there are so few of us living there. But when we returned home for summer vacation, our parents fears piled up.


We all need to learn not to make wild accusations just by the way one is dressed, as Trayvon was in a hoodie, or what they look like. It was extremely sad to hear that Trayvon was killed on his way to his dad's house carrying the bag of Skittles and a drink from the store -- much like we frequently do.


Because of this, our parents fear we could meet the same fate  just jogging back home from a run, walking home from work or walking home from school. It makes us both sad, because for us, and probably many other contemporary African American families, it just never used to be this way.

Posted by theunderdogforkids at 3:48 PM No comments: Links to this post