Dear Readers:
Los Angeles Unified School Superintendent sent this letter out to his staff. I decided it was just best to print all of it. If you have any comments, please email me at hartchap@cox.net. Sorry, but it doesn't seem like anything is getting better any time soon. This means we all must think out of the box on how to educate our students with -- a lot less. Diana

LOS ANGELES UNIFIED SITS ON DONATED ART WORKS WORTH MILLIONS;  SOME ARE IN SCHOOLS GOING UNNOTICED, OTHERS ARE LOCKED UP IN A CLIMATE CONTROLLED DOWNTOWN SCHOOL POLICE BUILDING; 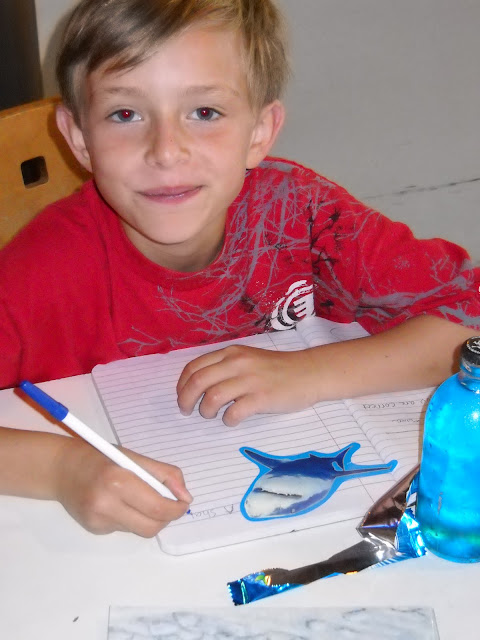 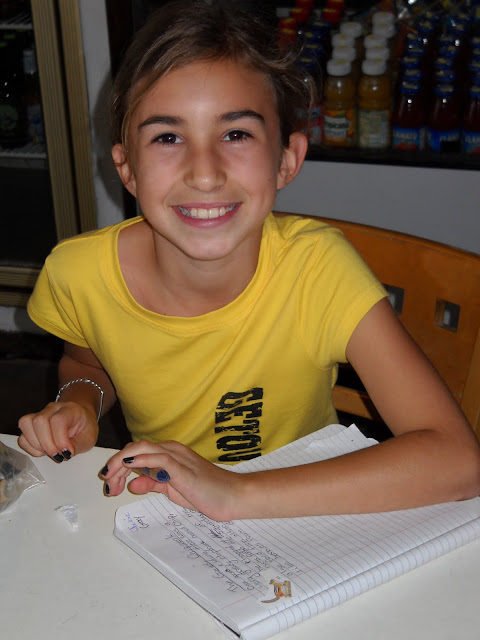 By Jackie Gray, 10
I stared at my insides on the cutting board. How could they kill me for Thanksgiving?!? Why couldn’t they buy some tofu turkey? I  sunk into the pot of water  where I was being soaked after being salted.
I turned myself into a gas and sunk through the tiny crack between the top and pot.  As soon as I located the knobs that control the stove, I got a running start to push the knob off. As I got closer and closer to the knob, I put my wings out in front of me and pushed.
Unfortunately, since I’m a ghost, my wings flew right through the knobs. Then I went racing toward the microwave yelling “ahhhhhh!” I was suddenly in the microwave sitting on top of some leftovers from last night. Corn and steak. Vurrrrummmmm, whirled the microwave.
Oh well, I guess I can never save myself. I poofed out of the kitchen and back to turkey heaven.
----------------------------------------------------- 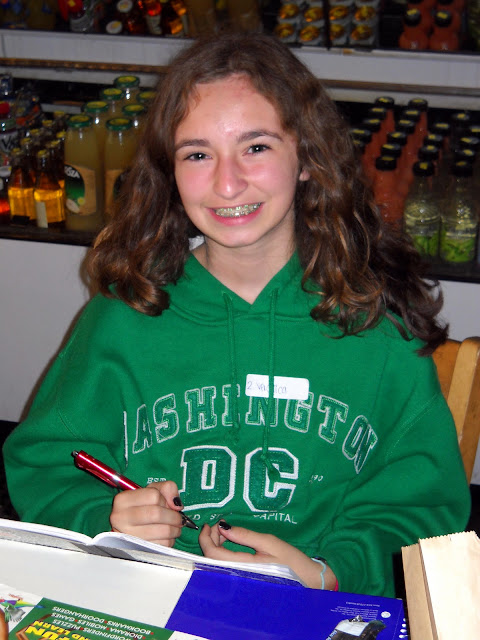 A Stomach Churning Turkey Death
By Veronica Gray, 12
Bang. The door closed. The farmer came out with his ax. All of the turkeys ran. I just stood there wondering why all of my family members ran away. My friend Melissa ran to me pulling my wing.
“Come on he will catch you,” she said.
“Catch me doing what? I felt very stupid after I asked that question.
“He will catch you, kill you and eat you for Thanksgiving,” she explained.
“That’s horrible!” I exclaimed.  “We should start a union,” I stomped my right set of talons.
“A union against what? The farmer would just shoot us.” She hit my head.
Farmer Trevor walked by and all he heard were two turkeys going: “Gobble. Gobble.”
I marched to the other turkeys.
“Aren’t you tired of that!? I can’t believe that the farmer thinks that he can waltz right in here and snatch a turkey to eat. One of us!”
The other turkeys gobbled in agreement.
“So I propose to run away before he goes on the killing,” I added in my best leader voice.
We marched to the end of the farm only to find a gate.
“Dang-it!” I yelled. We treaded on the perimeter of the gate only to find that we were closed inside the farm.
“Well,” I put my wing on the turkey behind me. “May the best turkey live!”
I ran to hide from Farmer Trevor’s ax, leaving my union behind. 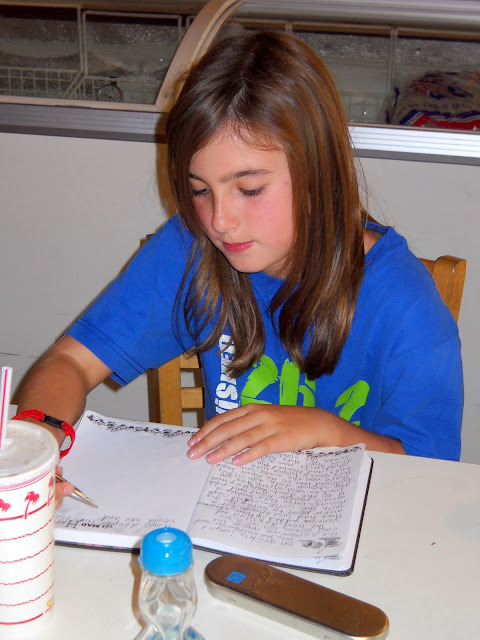 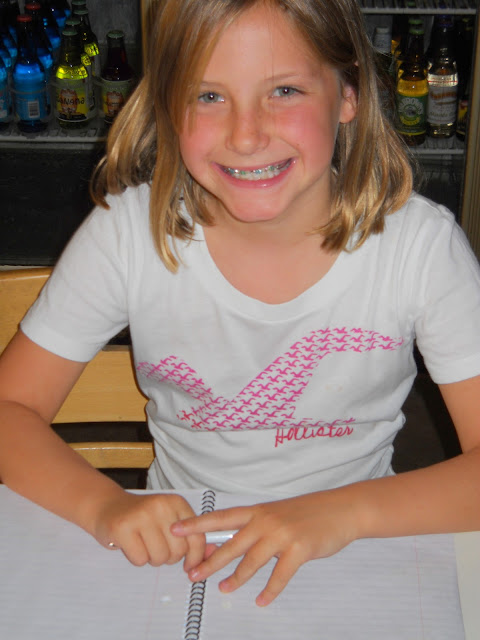 Dear Readers: I will be posting stories by young writers in the Seven Golden Secrets to Writing class given at the Corner Store every Wednesday. If you are interested in having your child, age 6 to 12, enrolled, please email me at: hartchap@cox.net.

Students are encouraged to learn to love writing and work on pieces during each session. If you have children of older ages that need help in this craft, please contact me as well.  Diana
Mr. Harbor Seal, the Crown and the Goldfish
By Kealan, 9
Once there was a harbor seal and she was looking for a golden seashell.
But before I go into that, even though she’s called Mr. Harbor Seal, she’s actually a girl. So let’s go back to the story.
Mr. Harbor Seal was looking about everywhere for a golden, Pacific seashell.  She looked under a rock, in the tide-pools and even in the chilling, blue ocean. But she didn’t find one.
Then one day, she saw something gold. It was so beautiful that she thought it was the shell. So she ran, or should I say flopped, over there. She spotted a crown, but it was no ordinary crown. It was a golden princesses' crown. Mr. Harbor Seal went to show her friend, Goldy.
Goldy was an expert on gold stuff. So he said: “This is a golden crown! Let’s share the crown,” Goldy said.
“Sure,” said Mr. Harbor Seal. So they ended up rich and best friends forever. That’s the happy story.
Posted by theunderdogforkids at 11:05 AM No comments: Links to this post

A PORT OF LOS ANGELES CHARTER HIGH SCHOOL TEACHER AND HER STUDENTS PLANT A SEED AND BUILD A BRIDGE WITH THE RANCHO SAN PEDRO HOUSING DEVELOPMENT PROVIDING PUMPKINS, POMEGRANATES AND PROMISES
By Diana L. Chapman
Nothing seemed like a sweeter Thanksgiving gift.
On a clear cool day Tuesday afternoon,  a Port of Los Angeles Charter High School Spanish teacher and about a half-dozen of her students presented gifts to residents at the Rancho Palos Verdes Housing Development – gifts of treasures they grew on their own – pumpkins, squash and pomegranates.
While it might not seem like much, the residents who received them lined up for the harvest excited to eat foods they could not afford. In a moving speech, teacher Rachel Bruhnke said this is “just the beginning” to partner and feed more residents of the low-income development.
“It started with a seed,” Bruhnke said, while surrounded by students, residents and other teachers who volunteered to help while scores of pumpkins and other produce lined the table. “The million dollar question is how much did we invest? We only invested $3. From a little bit can come a lot.”
Residents at the housing development said they were thrilled with the treats that could feed up to thirty families – pound upon pound of pumpkins --  and grateful to Bruhnke and her students, who started to grow the vegetation in the summer at the Los Angeles School District’s Science Center in San Pedro.
The students planted, seeded, weeded and watched as the pumpkins and squash flourished. And Tuesday, they could see their efforts come full circle when they harvested the vegetables and pomegranates and brought them to the residential community.
“It’s really, really awesome,” said Valeria Morales, 16, of Wilmington, who worked the garden plot this summer with her cousin, Ana Elizabeth, 15. “I’ve seen people struggle and it’s really good to help.”
“We started coming and we planted pumpkins from scratch,” Elizabeth said. “We started getting excited and we could see: “Oh, my gosh: It’s happening!”
The fruits of the students’ labors were revealed Tuesday as the elderly, parents with young toddlers and handicapped residents lined up for the gifts. Earlier in the day, residents had used a megaphone to inform people of the incoming food.
By 1:30 p.m., they started lining up and waited patiently for the produce to be handed out.
“It’s wonderful, it’s just wonderful,” said Veronica Menoza, president of the residents’ board association. “Just knowing that we are going to get a pumpkin, a lot of us can’t afford this. Knowing that someone cares is important.”
“I feel really happy,” said Sandra Rivas, the board’s secretary. “I’m going to cook this (the pumpkin) with water and brown sugar and honey. The smaller ones we do with milk and cinnamon. We cut them into little chunks. Everybody is happy they came.”
Yesterday’s harvest was at the behest of Bruhnke, whose environmental engineering class started to tend to their own plot in the community garden. The Spanish teacher recruited the school’s custodian, Digna Gonzalez, who had become a certified master gardener through USC, to help with the cause.
Gonzalez readily did so, she said in Spanish, because for the first ten years she lived here others donated to her through community gardens when she had little money. Now, she added through a translator, she can return the favor and complete “my share of promises.”
Bruhnke also recruited fellow Spanish teachers, Lizbeth Mo Lina and Irene Atristain to come load vegetables into the cars and drive the food over.
To have grown produce to feed others, students said, was an amazing educational experience.
“I feel it’s an accomplishment,” said Dennis Lewis, a 16-year-old 11th grader from Harbor City. “It was just great. I’d never planted a field of pumpkins.”
Student Leslie Acosta, 15, a sophomore couldn’t say enough about the many lessons she learned.
“It’s been a good experience as a teenager to harvest these plants,” Acosta said. “It’s a lot of hard work and we have to think about where these foods come from. It also shows how much we have and how much we should be grateful for.”
In a relatively short time, a bunch of teenagers, a teacher and a custodian filled a lot of faces with smiles and gratitude for something so simple as growing pumpkins. While many San Pedro residents are fearful of the housing units, this group plans to continue to forge a bridge with the residents there.
Bruhnke told them all she did this for herself, for her community and her 6-year-old daughter, Alma and received a round of applause.
On this day, it seemed like the true spirit of Thanksgiving had landed here at this place and at this time, one that would continue for many falls to come.
Posted by theunderdogforkids at 2:58 PM 1 comment: Links to this post