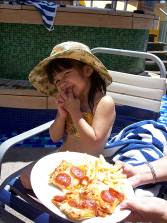 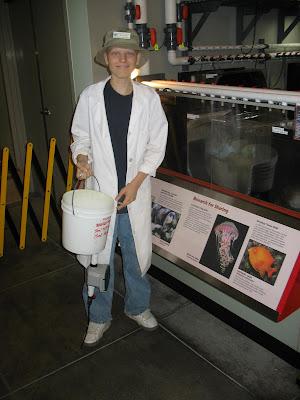 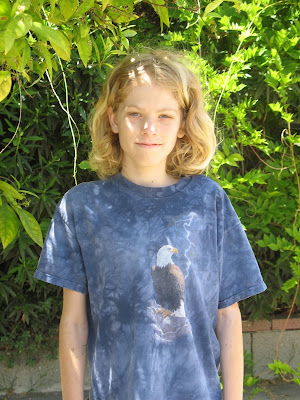 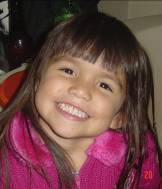 Paige Marquez, who died at age four from a rare tumor, wound up linked to Christian Stehlik, not in life but in death, when her family pulled together and raised the needed funds to help for Christian's cremation costs. Christian, 16, died last week of neuroblastoma. Both fought hard to survive for their families. Christian left behind scores of poetry to remind us all what life is about.
Services are announced. See earlier story.
Posted by theunderdogforkids at 12:59 PM 1 comment: Links to this post

Labels: Paige's Family Helps Christians
Christian Stehlik’s Death at age 16 Leaves Behind Scores of Poems, Students Who Wish to Wear Tie-Dyed Shirts and a Memorial Celebration of His Life Set for the End of May at the Cabrillo Marine Aquarium; His Father Asks For Friends, Family and Those Who Were Interested in His Son’s Life to Attend and to Adorn 1960s Clothes if They So Desire

Money Pours in from a San Pedro Family Who Lost Their 4-Year-Old, Paige Marquez, to a Tumor to Pay for Christian’s Service Costs and to Aid the Family in Need

“Everything lives and everything’s dead. There are no colors just shades of light. Dancing and flying out into space where everything is endless and has no beginning.

Words don’t exist. Laughter and love is the language. Music is the voice. Shadows exist and light shines bright. This place I’m describing is the dream state. Come along for the Trip…” -- Excerpt from Christian Sthelik’s 2008 poem, entitled “The Dream State.”

After battling cancer for nearly three years, Christian Stehlik , 16, left behind powerful memorial of his own -- pages upon pages of poetry reflecting on leaping between the shadows of life and death.

His dad found notebooks filled with poetry, some of which will be read at his ceremony to celebrate the life of a young man, who was often shy and retiring, and who seemed years beyond his age.

With often an edgy-style, the writings brink on the border of truism, fears, anger amongst a burst of love and trust braided throughout his work.

A lover of marine science and Bob Dylan, the teenager will be honored at the place where he spent countless hours -- at The Cabrillo Marine Aquarium on Sunday, May 31.

He struggled to go back to school as a freshman and enrolled in San Pedro High School’s marine magnet.

Because Christian volunteered for several years tending to gardens and the aquatic nursery – the aquarium staff will help host a memorial celebration of his life in the John Olguin Auditorium at 5:30 p.m.

Due to the financial issues the family faces, another San Pedro family – who lost their own child, Paige Marquez, 4, to a brain tumor donated more than $1,000 for Christian’s cremation.

Paige’s parents started a foundation, the Paige Marquez Pediatric Brain Tumor Foundation, when they lost their daughter in July 2005, from a rare, typically fatal brain tumor. The family used money they had raised from the foundation, but went ever further asking other relatives and employees if they would help as well.

It seems the children became linked, not by their lives, but by their deaths and their arduous battles to stay alive – especially for their loved ones.

Christian’s father, Pete, asks that those who feel comfortable doing so, to come adorned in 1960s style clothes – an era that energized the youth as he battled neuroblastoma, a cancer that infiltrates the glands and the nerve tissues before creating tumors in the body.

He wore colorful tie-dyed shirts, gave the peace sign to other students while in high school and always smiled – despite the frequent and tormenting hospitalizations for weeks at a time where he underwent a chemotherapy, blood transfusions and radiation treatments.

In addition, Pete made it clear that Christian many times asked him to quit rushing around and that both of them should slow down and enjoy life.

Several of his friends are expected to wear vibrant tie-dyed shirts to his ceremony, at the encouragement of his father. One of them, named Shadow, wrote to thank him for teaching her to respect the Earth and to quit littering.

The youth recorded his many reflections in pages of poetry, that showered the lines with his discouragement, his anger, his love and his fight with death.

In “Let Me Live Before I Die,” he asked for the freedom to explore life on his own without being forced to learn from other’s mistakes:

“Let me live before I die…

Let me learn from my own mistakes

Not cower in the shadows of yours

Let me live before die

Let me feel cold rain on my face

Let me scream into the sky

From hill to hill

Let me fly up into the sky

Let me live before I die.”

In his piece, the Shadow of Death, he wrote:

The shadow of death

Is trying to take me

It is knocking on my door

But it will not take me

Once I was close; I almost let it in

But I was saved, Once gain

But I’m not answering

And it doesn’t know why

Farther from the door

My heart is still beating

My blood is still pumping

Death will not take me

The door that had been locked

And I’ll breath in deeply

The sweet smell of heaven

No longer a shadow.

The father asks that donations be made to the Cabrillo Marine Aquarium to honor his son, where he hopes a small memorial plaque will be installed. Checks should be made to the aquarium with Christian Sthelik’s name and sent to 3720 Stephen M. White Drive, San Pedro, 90731.

Christian is survived by his father, sister, Rhea, mother, Wendy, and step-brother, Alex.

Posted by theunderdogforkids at 12:55 PM No comments: Links to this post