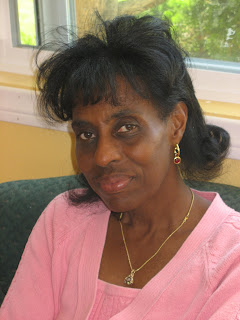 Bandindi Street Teacher, Who Touched Thousands of Lives across the Harbor Area with Her Pre-kindergarten Program Retires
Diana L. Chapman

Having guided hundreds of children on the pathway to their upcoming school years – and embracing children at the age of four, a long time educator decided to hang the school bell up this week and retire.
Her teaching style touched generations of families across the Harbor Area.
Jackie Terry, the pre-kindergarten teacher at the school, served hundreds students, giving four-year-olds their first glances at public education and systematically reminding parents that they are their child’s first and most important teachers.
Jackie, who prepped scores of youngsters for kindergarten for nearly three decades, was touted for her educational abilities to teach and prepare children both socially and academically through a federally funded program called the “Speech, Readiness Language Development Program,” or SRLDP. Each session included a parent component and the children who went through it often returned when they had their own kids.
Under Jackie’s tutelage, the program grew and always had a waiting list.
“We just had so many families loyal to her program,” said the school’s Principal Bob Fenton. “They have their kids and they bring them back. And then they bring their grand kids. She just does not age. The program always remains fresh and pertinent. It’s the old adage. You can’t replace her.”
He added that once her retirement was made public, scores of students came up to him in shock to ask if “Ms. Terry,” as they called her, was really leaving.
Starting out nearly thirty years ago when the program was first launched with the concept of breaking down the racial divide in the educational system, Jackie took over the curriculum, after teaching other grade levels at the school.
She never left – until announcing her retirement recent late in the school year.
The program, she said, helped encourage families whose children could not afford to enter nursery schools to enroll. Later, the state of California wanted the program to be opened to all students, despite their financial backgrounds. There was never a residency requirement like other public schools, which meant children could live anywhere, the principal said..
Over the years, Jackie’s program became increasingly popular – especially due to the many learning concepts she embraced. Students went on field trips to the beach, the zoo, aquariums, did plays, had speakers come in, learned art, reading, writing and how to learn in ways other than the usual setting. She didn’t want her classes to be just “pen and paper.”
Toward the end of the year, she typically had a graduation day where children would line up on the stage and announce their future careers. Four-years-olds, now well prepared for kindergarten, would tell the audiences how they wanted to become firefighters, nurses, doctors, lawyers, astronauts --- and most surprising one year to Jackie was the student who announced he wanted to become a reverend.
As a humble and private person, the teacher didn’t want to discuss much of her accomplishments, but did say her most memorable days were the moments where the kids thanked her in special ways. One of her favorites, she said, was when she was working with a boy on a project and he patted her hand and said: “’Ms. Terry. I love you so much.’” That happened often. She also helped to keep the school’s PTA together and fashioned many Career Day events for the entire school. The basic theme that ran through her success, the principal said, was her relentless ability to draw parents back into the school and get them thinking about all the things they could do with their children.
She often inspired parents to put on programs, make art work, help their children with their homework – efforts that got their own creative juices going.
“I just saw them (parents) develop and discover skills they didn’t even know they had,” Jackie explained, “and they were spending time with their kids.”
In recent years, the program expanded to other elementary schools, including Cabrillo Avenue Elementary. Each enrollment includes a commitment from parents that they will take a six week parenting class – provided with the package – and volunteer a couple of times a month.
Parents were always welcome in the classroom to help – whether the children were learning to make toast, doing paintings, or learning their ABC's.
Because the whole school campus will be impacted by her departure, the principal said they already have asked Jackie to return part time to perhaps run the parent education part of the program.
They will hold a big farewell event on Sept. 21, he added, due to the teachers’ late decision to announce her plans to leave.
Jackie will be replaced by kindergarten teacher Kathleen Ocampo, who has a passion for early education, the principal said.
Posted by theunderdogforkids at 5:57 PM 5 comments: Links to this post