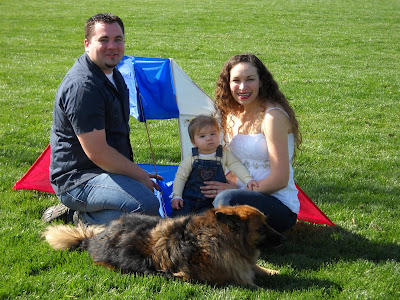 KITE FLYING SMOOTHLY LIFTS AND SWIRLS LOVE, MARRIAGE AND FAMILY WHO LAND IN SAN PEDRO AND WANT TO BRING THEIR LOVE OF THE SPORT TO THE COMMUNITY

It’s All Coming Up Starting With a Kick-Off at a San Pedro High Day Beautification Effort in March and Another Kite Flying Adventure in April; Get Your Calendars Out

For Monica and James Weston, their love blew in unexpectedly and almost immediately took to the skies, flying up up and away.

Had it not been for kites and a kite store, the lovebirds might not have met. A chance meeting sparked their romance, later marriage, a darling 1-year- old daughter, Mae, and a desire to share their joy and expertise for kite flying with San Pedro at two upcoming community events – and then some -- in March and April.

Why not? San Pedro has great winds to fly and the Westons believe such events – similar to those held when they lived in Seal Beach along with many other types of “good feel events” – bring families and communities together.

“I’m hoping the (April) event becomes a given,” explained James, 33, whose knowledge for the sport came from his brother, Randy, and mother, Monty, who owned the kite store, Up Up & Away, in Seal Beach. “It’s free. It’s healthy. It’ non-competitive. I’m hoping it will encourage more families to come together.

“Kites are very soothing. You sit down and stare up at the heavens.”

When Ricardo Hong, a Los Angeles aide to Mayor Antonio Villaraigosa, heard about the Westons, he immediately called the kite enthusiasts and asked if they would set kites soaring above San Pedro High on March 20, Saturday from nine to noon.

The mayor’s office will dole out about $100 worth of kites during the city day of service -- a planned clean up at the high school campus. The Kiwanis Club plans to collect additional funds as well to help pay for kites.

A load of dirt will be in to prepare for a future community garden and to plant wild flowers. Community members are asked to attend, help during the event and bring their children to fly kites.

"When I was growing up in Brazil, kites flying in the air served as signs of

peace,” Hong said. “As long as we could see colorful kites in the sky, we knew our

children were okay. On the Day of Service… children will be smiling and laughing while holding lines and watching their kites soar. And hopefully, everyone who

sees the kites, close or afar, will feel the same sense of peace that I did

in Brazil and know that the children of San Pedro are okay."

Of course, everything depends on the wind, the Westons explained.

Their next event – the “First Annual Community Kite Fly” sponsored by the Kiwanis Club – will be launched April 10th at the new 22nd Street Park from 10 a.m. to 2 p.m.

Besides kite flying, the Westons plan to launch more events in San Pedro, to help promote a sense of well-being in the community such as a chili cook-off, a pie eating contest and possibly an Easter Parade.

“My mom used kites as a conduit to promote well being amongst her community more than she did it to promote kites,” James said. “ It just happened to be her business as well. I'm looking for as many angles as I can to improve our town and I thought that a series of "feel good" events might change the perception of our town from within as well as from people visiting.”

Their love for flying , what some would perhaps call colorful toys, in particular came from James’s mother, Monty, who later bought the store from Randy.

Monty, who died of pancreatic cancer in 2007, started the largest kite festival in Southern California – called the Japan America Kite Festival, which still runs annually in Seal Beach and is going into its 15th year.

As a kite enthusiast, Monty often taught kids how to fly them and attended schools to show students how, a tradition the Westons hope the Kiwanis’s Club will continue annually.

To this day, the store owner is fondly remembered. Tributes still fill the store’s and the Up Up and Away Kite Club website -- due to her generosity and airy spirit encouraging Seal Beach residents to become involved in the sport. Every Christmas, she dressed as Mary Poppins during the town’s parade – a proper English character who could fly with her umbrella and entertain kids.

Among some kite enthusiast, Monty was considered queen of kites. She became close friends with Janis and Jay Sabic – a couple who fly kites professionally for commercial shoots and movies.

One night when all three friends were having dinner at the Sabic household, James came home from Frostberg State University in Maryland and dropped by to see his mother. He accidentally bumped into the couple’s daughter, Monica.

Monica immediately liked James and wanted to go on a date. Even though all three of the parents were enthusiastic, James refused because she was only 17. He was 21.

“We hit it off immediately,” said a bubbly dark-haired Monica as she held her smiling, wide-faced, button-eyed tot, Mae. “But when he found out I was only 17, he wouldn’t date me.”

Monica then went to work for Monty, always hoping she’d see James again and gathering her own knowledge about the sport, she said.

When she hit 18 and they began to date, James told her he couldn’t marry her until she had a college degree and a job. “I just worried,” said James, who lost his own dad at age 57. “What if something happened to me? I wanted to know she could take care of herself.”

She did both and now teaches at Burcham Middle School in Long Beach.

James and Monica plan to keep Monty’s goodwill alive – and are happy that James’s sister-in-law, Kim, still runs the Seal Beach shop. The couple sometimes believe they know too much about kites, such as the four categories: there are single line, dual line, power, single-double quad and single fighter kites, James explained.

Sometimes, Monica sighs, they have to restrain themselves from stepping forward when someone can’t get their kite to fly. “When I see somebody who is struggling with a kite,” Monica said. I have to keep myself in check and not run over there,” adding that some of the fun is trying to figure out how to do it.

While no one knows for sure who were the first creators of the flying diamonds, the Westons explained, kites definitely have quite a historic past.They were first believed to be flown in China more than 2,000 years ago. Buddhist monks flew them in Japan in the 7th Century to get rid of evil spirits. Marco Polo introduced kite stories to Europe in the 13th Century, according to the website: National Kite History.

They also became quite useful during wartime, including WWII. The Japanese engineered them to send messages, the French used them for surveillance and some cases they are used today for fishing, James said.

While used by millions around the world, kite flying is particularly popular in China, Japan, India and Thailand. Besides the sheer joy of flying, the lessons connected to kites include lift and aerodynamics, James explained.

Right now, “we are dipping our toe in the water,” James said, in regards to holding future community events. Kite enthusiasts from all over Southern California will attend the April event, James said.

In this way alone, the Westons are keeping Monty’s spirit alive – and still in flight.

Posted by theunderdogforkids at 8:08 AM No comments: Links to this post