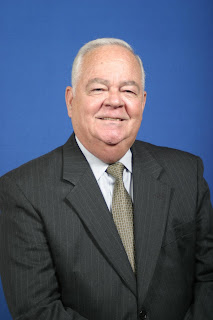 If Los Angeles School Board member Richard Vladovic has his way, San Pedro will see a sorely needed educational revolution resulting from his term – starting with the building of a 500-seat satellite campus at Angel’s Gate.

Despite sharp community opposition voiced by some nearby homeowners, it seems clear that the school board will move forward to approve the satellite as one way to ease San Pedro High School’s intense overcrowding at its Tuesday, Dec. 9 meeting.

That action will allow Vladovic to press forward with a myriad of other proposals, such as restructuring the high school and expanding marine science programs, that he considers necessary to dramatically improve San Pedro’s educational system.

In an attempt to appease residents, the district first reduced the proposed satellite from 1,200 to 800 seats, then settled on 500-seat school when officials realized the critics would settle for nothing short of building no campus at all. The campus should be completed by 2012. The district has owned the property since the early 1970s.

But even more overhauls are necessary to clean up San Pedro High School, as the high school’s test scores have plummeted, particularly in math. The school board member has been out campaigning to do a radical overhaul of San Pedro High – by dividing it into three campuses, each with their own counseling office – to give students better service.

The high school, he said, not only struggles with intense overcrowding, but poor test scores which reflects that the district is failing to serve the students needs.

“There’s a big drop in the scores and it’s not the fault of the teachers,” Vladovic explained, during an interview at Dana Middle School. “We’ve got good teachers. But it’s the school’s density. There’s almost 18 teachers a day (without classrooms) having to travel on the campus.”

Students also complain about the crush of students in the hallways and overcrowded classrooms.
With the passage of Proposition Q in November allowing the district to upgrade current schools by issuing $7 billion in bonds, Vladovic’s smaller learning campuses theory is likely to become a reality not just in San Pedro, but across Los Angeles.

San Pedro High School currently houses 3,500 students at a school built for 2,000. While Vladovic plans on leading the high school to overhaul itself into three smaller learning campuses – the three-in-one-campus at the high school will be designed by the educators.

“I leave that to the professionals,” said Vladovic, who has pushed incessantly to break schools into smaller learning communities and voted for the board action this fall to keep campuses at a population of 500 or less, or to break larger schools down into academies in those sizes.

While Vladovic believes he will oversee such issues as making sure each academy has its own counseling offices, the theme of the smaller learning campuses will be designed primarily by the school’s staff with input from educators from Linda Del Cueto’s staff. Del Cueto heads the region, known as District 7, which encompasses San Pedro and Harbor Area schools.

In addition, since Point Fermin Elementary School has undergone a successful restructure under current principal Bonnie Taft that not only brought back parents to help at the school, but has turned it into a marine magnet, Vladovic explained he wants to continue that concept at Dana Middle School.

Dana Principal Terry Ball said he’s encouraged about having a marine academy on his campus and would support the program.

In addition, Vladovic said he wants to collaborate with Harbor Community College and bring college classes for the students to the site. Students will be bussed from San Pedro High to the smaller annex.

Meanwhile, controversy continues to pulse through San Pedro over the satellite, with some residents are already calling an “elitist” school. School officials are considering moving the high school’s marine magnet and police academy program to the Angel’s Gate site.

However, that likely will stir more criticism that the district is serving only a small group of students in an area shrouded with ocean fog and breezes and a view of the Pacific Ocean, tucked away between Alma and Gaffey Streets. The neighboring area, also at Angel’s Gate but on Los Angeles City property, is a rich resource of educational tools, such as a the Marine Mammal Care Center, the International Bird Rescue Center the Fort McArthur Museum and an array of artists who often hold classes there.

To combat the “elitist” image, district officials and Vladovic have proposed building a new, competitive swimming pool that will be shared with the San Pedro High swim team (which has never had a pool of its own) and the outlying community.

Other proposals to share usage of the site could include field trips to the marine magnet for elementary schools and potentially expanded sports programs for more San Pedro High students in the daylight hours.

As far as the satellite goes, Vladovic explained that he agrees with residents and will not allow an entrance from Alma Street, which he considers dangerous, and that the district is looking to expand the small number of parking spaces, two complaints he’s heard about repeatedly.

But for the students, the annex is a must to relieve the stressful density on the campus.

“Our children in San Pedro deserve nothing less,” Vladovic contended. “They deserve less density. I want to keep the idea of one high school to maintain San Pedro’s identity. But the one thing that is not negotiable is we can’t leave San Pedro High the way it is.”
Posted by theunderdogforkids at 8:30 PM No comments: Links to this post