LOS ANGELES POLICE EMBRACE ESTABLISHMENT OF TEENAGE POLICE BOARDS ACROSS THE CITY WHICH STARTED IN THE HARBOR AREA; YOUTH CRIME DROPPED AND STUDENTS INVOLVED SAY THE EXPERIENCE CHANGED THEIR LIVES FOR THE BETTER
“Doing the hard right instead of the easy wrong,” motto of the LAPD Teen CPAB.
By Diana L. Chapman
Six years ago, Los Angeles Senior Lead Police Officer Joe Buscaino landed squarely in the heart of two major San Pedro schools where problems abounded.
Fights took place outside Dana Middle and San Pedro High schools frequently. The students flooded the streets when both schools got out at the same time. Drugs were a constant and Buscaino felt somewhat overwhelmed. Then it hit him.
“We just weren’t connecting with teenagers in terms of problem solving,” Buscaino said, who lives in San Pedro with his wife, Geralyn, and two children. “What was a better way than to bring them to the table? It was ultimately the idea to give them access to the police department.
“Often we were just turning a deaf ear to what kids had to say.”
That’s when Buscaino pushed for and received permission to form  the Teen Community Police Advisory Board in the Harbor Area. The goal: to establish LAPD relations with teenagers, get them to know and trust police officers and to work with them toward the betterment of the community. The program has been so successful --with youth crime taking such a dip -- that the top brass soon noticed.
Now, Police Chief Charlie Beck ordered that all 21 LAPD areas host teen police advisory boards by the end of July. 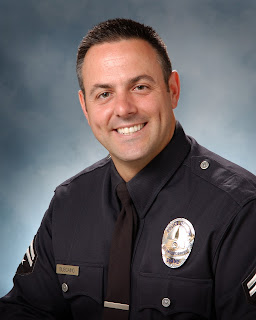