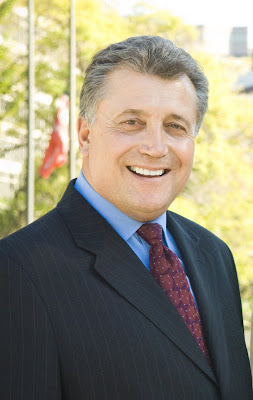 Could Carmen Be Our True Leader at Last? We can Only Vote for Him to Find Out – and That I will do on May 19; He Just Might Be Our Ticket to Fewer Kids Being Killed on Our Streets, Our City Becoming Safer and Bringing LA Back to the Blessed Angels

For the last several years, I’ve searched everywhere in the city of for a true and heroic leader other than City Controller Laura Chick.

Otherwise, I have yet to find one, no matter how hard I’ve dug.

Certainly, my hopes have been repeatedly shattered each time I spot another city politician, living like a spider in a cave polishing and shimmying up for one thing – themselves and their political futures.

But in the metropolis of Los Angeles, where lives are at stake every single day, no time remains for selfishness and photo ops when so many innocent people, including children, are dying in our streets.

When hard-core attorney, Carmen “Nuch” Trutanich, a former district attorney who handled case after case of gang crimes, from murders to drug dealing, I began to wonder if we at last, perhaps, have found a true leader who might make a monumental difference.

As a district attorney his record shows a rock hard attorney, who fought for the heart of what he truly believed. He jailed rapists, nailed environmental polluters and focused heavily on gang activities.

If he wins the Los Angeles city attorney post May 19, against the longtime council incumbent Jack Weiss, we are at last send a disparaging – and important -- message to our overbearing city leaders that we are burned out on their “what’s-in-it-for-me leadership.”

The city’s streets are filled with blood, it seems to me, because our city leaders fail repeatedly to address our gang issues in a way that is realistic; it’s only political. The mayor’s new gang initiative carved out only seven areas of the city with the worst gang activities. He then drew out all the funding from the surrounding communities.

That still leaves me baffled.

Doesn’t the mayor and our gang czar understand that this action allows gangs to flourish in the areas he left in the dirt? While I tried for a personal interview recently with Trutanich, who was born and raised in San Pedro, and now lives in , the timing of the upcoming city-wide election made it impossible.

I was able, however, to grill Jane Ellison Usher, who headed the Los Angeles Planning Commission for three years until she became hopelessly disillusioned with the sad woes and chaos of city politics. She resigned. That in itself is telling.

What’s more telling is this: she spotted the same warrior grit and determination that I’m seeing in “Nuch.” She offered her services – freely -- and has ever since been guiding his campaign, against Weiss, who has a lot more money and the backing of Mayor Antonio Villaraigosa.

But that hasn’t stopped Trutanich from some floating some powerful, side punches – and despite only having perhaps half the money in the ring compared to Weiss – he’s stood firm in gaining ground first in the run-off. My intuition tells me his chances of winning are huge, especially after he racked up endorsement after endorsement from many of the city’s big league media moguls and police officials.

Plus, people are weary of gutless leaders and are soul-searching for one who is not.

Because my blog focuses on kids, my main concern, right up front was this: What will Trutanich do to save our kids – all our kids? While I was watching a documentary of the Lost Boys of the , I couldn’t help but thinking of the “Lost Boys of Los Angeles.”

We fail them every single day in so many ways it’s shameful.

Usher politely walked me through Trutanich’s intense obligation to ferret out gang members for punishment and yet, to salvage those who still stand a stalwart chance of turning their lives around -- starting with middle school children.

“He thinks our failure with gangs as a society stems from the misguided idea that we can arrest our way out of the problem. We have shortchanged kids,” Usher explained.

Touche! Ole! Someone gets this – because it’s the blinding truth.

He believes, she continued, that middle schools especially need to be targeted to catch kids from running amok before they get to high school (AMEN! I’ve been saying that for three years) and that changing school curriculum to spike up students interest becomes a must!

He also understands, she said, the necessity of realizing the can’t possibly tackle this tremendous social issue alone and that the community needs to be tapped. For example, she said, he wants to work with local businesses to arrange jobs for students throughout the summer and school year.

Even more interesting; he wants to prevent younger gangsters, who have a first-time offense, from landing in prison where they get the best instructions on how to become a better gangster, called “Lock-Up Gangster Lessons 101.” For those first time offenders, he wants to work out a choice between prison or joining the military.

Humm…this is beginning to sound interesting.

I’m just ready for someone who speaks the truth, has ethics, and who will not just save us, but will save our kids. Give this new warrior a chance, because God knows, we need him.

Posted by theunderdogforkids at 4:09 PM No comments: Links to this post

Labels: Supporting Carmen Trutanich We Must 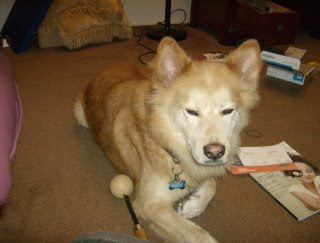 Hoping Wolfie Came Through This time!
Posted by theunderdogforkids at 7:07 AM No comments: Links to this post