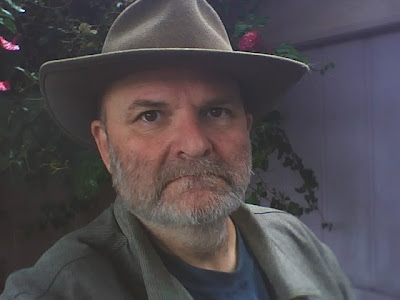 FRUSTRATED UNEMPLOYED EDUCATOR WRITES ABOUT LIFE SINCE HIS JOB LOSS: NOW READY TO RETURN TO CONSTRUCTION WORK HE DID TO SURVIVE THROUGH COLLEGE, HIS NUMEROUS DEGREES, HE SAYS, APPARENTLY DON’T MEAN A THING

You have to love this country, where most politicians speak from
both sides of their mouths to remain in office and could care less about
their constituency, as long as they are receiving their paycheck! Well, now
that I have been deemed by our illustrious Congress a "Welfare Recipient,"
"Hobo," Ne'er-do-well, and refusing to accept a position below that of my
salary history, let's cease the sublimated, caste system equivocating of our
esteemed elected officials and look at my own real-life situation. No, I
shall not be whining, just stating the facts.

I am the son of a Building Contractor, grew up working and learning the
business and eventually took over and expanded the business for 15 years,
while at the same time I attended and graduated from college. After spending
two years in physical therapy learning to walk again (following a severe
construction accident) I returned to school for a second graduate degree and
became an Upper Elementary, Middle School and Continuation High School
Teacher, teaching all subjects, but also being the Math/Science Resource
Teacher for 11 years, at the various schools in the Inner City. While
teaching, I received yet another Education related graduate degree and after
11 years in the classroom, I made the transition to being an Adjunct, then
Appointed Professor of Teacher Education for the next 10 years. With the
budgetary upheaval in the universities, state budget crisis, and cuts in
Education (cut teachers, there is no need to train more); I became a member of the "Unemployed Hobo Association. It is at this point that things become
quite interesting and makes Congressional opinions, attitudes and comments
so supportive, resplendent and filled with the knowledge of myopic wisdom.

I have lost count of the number of positions I have applied for in the
past year, most of which have gone unanswered or filed in the circular file,
but when a hopeful response is received, you are told the department is on
the edge of collapse (or has already done so), you are too highly educated
to want to consider returning to the classroom or you do not meet the
current standards as set by the office of the Secretary of Education (three
quick notes, both Bush and Obama are guilty of promulgating the demise of
Education most; even if you have an outstanding success rate in the
classroom, they want younger, less experienced teachers whom they will pay less; and if schools don't do exactly what they are told (teacher guidelines) they face having their funding cut or vaporized); or if I hire you to hang drywall, dig foundations, frame or even attempt to sell building materials, you won't remain with us (if they indeed have any work and are hiring) for very long because you are too highly educated, will either bebored by those you work with or try and take away my business.

So with over twenty years of construction experience (in all
trades/phases) and 21 years as an Educator (ok, I’m being snotty, but I am
far more than simply a teacher) I have been turned down for jobs stocking
shelves and/or off-loading materials at Home Depot, nor can I get hired as a
Middle School Teachers Aide, but, oh, that’s right I’m a Hobo, a Welfare Cheat and won’t ever consider a job that pays less!

Mr., Mrs., or Ms., Congress Person, I guess you have either forgotten or
it was beneath you to know that I am the person who may have educated, you,
your children, grand-children, at the very least some of your constituents and/or was the person, who unclogged your toilets, fixed/remodeled your
home, was the person you called, at any hour, after the flood destroyed the floors and walls in your house or when the tree caved in your roof, that I am
merely a conman and a bum, who you have supported far to long, at such an
exorbitant wage.

Since that is your belief and with all the available time I now have not seeking honest gainful employment, I suppose I am going to have to reassess your future employment and do everything I possibly can, to make sure you join me in the bread-lines and experience the Caribbean Cruise Life, firsthand, outside you polished marble, hallowed rotunda.
Posted by theunderdogforkids at 12:55 PM 1 comment: Links to this post