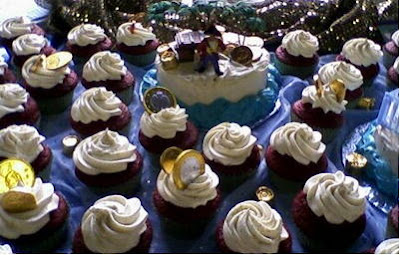 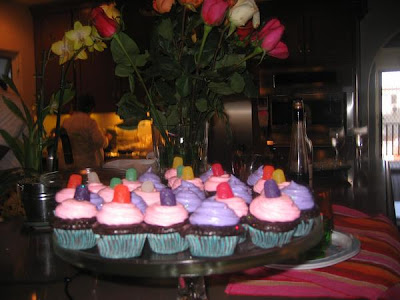 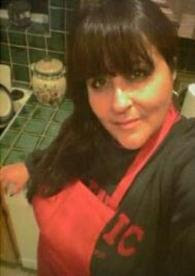 “There’s a kid in each of us when it comes to cupcakes,” – Cupcake-maker Rose Cigliano.
Diana L. Chapman

It had been 15 years since I talked to my friend and former neighbor Rose Cigliano. Life just caught up to both of us and the strands of time floated away silently in a quiet wind. When we found each other again via the speedier ways of life, the internet, we had a lot to catch up on. The first question – not surprisingly being – what have you embarked upon over the last decade and more?
“What have you been doing?” I asked Rose, who I last saw tucked away in a tiny condominium nest next to our tiny condominium nest before she moved away from Elberon Street in San Pedro.
“I’m making cup cakes,” she said soundly, with a small bite of pride in her voice. Sounding odd at first, the more she talked the more butter creamy scrumptious it became – since she is now in the cupcake-making business. And not just any cupcake-making business, but one that stemmed from the love and teachings of her Italian Grandmother Nonna Mammie. She named it: Cuppacakes.
As a nurse, who was recently laid off, Rose remembered those rich and warm loving days where she and her sisters, Filomena and Flora, excitedly raced to Nonna’s house because another holiday was right around the bend. Under her tutelage, Nonna – as she always did – helped them bake hundreds and hundreds of cupcakes and scores of other goodies year after year for their classes at school – for every holiday.
Rose recalled all three of them lined up along the counter top, with Nonna showing the girls how to make everything from scratch, measuring cups of flour and sugar and whipping up batches and batches of sweets.

Missing her grandmother greatly, Rose about two years ago started making cupcakes for her co-workers, just as a hobby to remind her of those happy days. The reaction she got from comrades was this: they begged for more -- more of the sweet flavors that now include, pumpkin, carrot, red velvet, Italian lemon pound cake, Italian anisette ,and of course, the more traditional chocolate and vanilla cupcakes.
Then she’d douse them with frosting – whipped to achieve the ultimate creaminess – such as chocolate, peanut butter, brown butter and cream cheese.
“We were just like waiting in line,” said her former co-worker Nancy Sprauge, who called Rose’s treats a “gastronomical delight” and added that everybody frothed at the mouth when she brought them in. “She’d bring them into the office and they would be there for like a minute. I would actually take like three or four and I’d hide them for later. Why do you think I had to go on Jenny Craig?’
With that reaction, her co-workers would ask Rose repeatedly when she planned to open her own store or go into business on line with her daring, dare devil treats. Rose believes, as do her customers, that her cupcakes are competitive to famously popular Sprinkles which now has seven locations. She created each recipe and made her co-workers "guinea pigs." All are made from scratch. There are no boxed mixes involved. Ironically, she didn’t even know that cupcakes had become such a huge fad – and that people would line up at the Sprinkles in Beverly Hills and Newport Beach.
If she's successful with her on-line business in San Pedro, she too hopes to expand all over the country.
Kids are some of Rose’s biggest clients – and parents have ordered the tasty treats for birthday parties that look like ladybugs, baseballs or with pirate and princess themes. She’s made football field cakes with cupcakes to represent the players, wedding cakes that are towers of cupcakes and even done first communions – not to mention holidays.
“I am so driven to do this and it’s crazy,” said Rose, who currently is working with the San Pedro Chamber to take her from one-time hobby to a thriving business. “I’d work all day in Garden Grove and I would come home and make dinner for my son and bake cupcakes all night. I really feel like I’m driven by my Italian grandmother.”
Whatever she’s doing, she’s receiving great accolades from customers.
Having ordered scores of cupcakes for their clients, Stellesa Petorella, an escrow officer at Harbor Lights Escrow, called them “amazing!”
“They are gourmet cupcakes and they are gorgeous!” Stellesa exclaimed with robust enthusiasm. “We sent them to our customers and people called and asked: “Oh, my God, who made those?”
Another customer, Leonard Russo, currently a graphic artist with Warner Brother’s Studios, said he brought Rose’s cupcakes to the set when working with Disney on the movie: Race to Witch Mountain. “They loved them,” Leonard said. “Even though there’s food galore on the sets, they ordered three of four more boxes. I had some Sprinkles and they didn’t even come close to Rose’s.”
Her customers can’t seem to agree on which is their favorite cupcake. For Stellesa, the red velvet tops her list. For Nancy, it’s the Italian anisette. For Leonard it’s the coconut.
But they all do agree one thing – Rose pours her personable nature into her cupcakes and adds a dash of love of and snippet of caring to each. And somewhere behind her, stands Nonna looking over her shoulder and cheering her on.
As far as our renewed friendship goes, I am just sure Rose and I will no longer be more than a cupcake away.
To order or learn more, visit http://www.italiancuppacakes.com
Posted by theunderdogforkids at 11:43 AM No comments: Links to this post