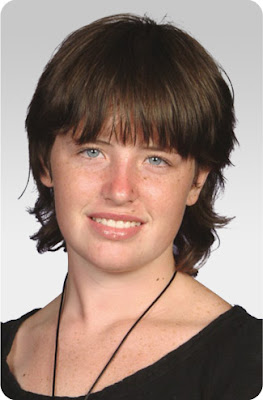 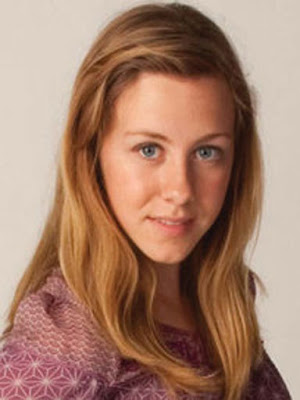 HOW ONE SMALL POLICE DEPARTMENT DIDN’T WAIT UNTIL SOMETHING ESCALATED: PERHAPS THIS SHOULD BE A ROLE MODEL FOR OTHER AGENCIES AND THERE WILL BE FEWER DEAD CHILDREN ON OUR HANDS

EL SEGUNDO-TYPE ACTION MIGHT HAVE SAVED RANCHO BERNARDO’S STRAIGHT‑A SWEETHEART, 17-YEAR-OLD CHELSEA KING, FROM HER HORRIBLE FATE, ESPECIALLY SINCE THERE WERE SCARY PRECURSORS TO HER DEATH INCLUDING THE DISAPPEARANCE OF A 14-YEAR-OLD GIRL WHOSE REMAINS WERE FOUND THIS WEEKEND: IF THE POLICE AREN’T GOING TO DO IT, THEN IT BECOMES OUR JOB, THE MEDIA’S & CITY OFFICIALS’

The minute the flasher began appearing in the tiny coastal town of El Segundo – targeting mostly females from ages 9 to 19, officers didn’t sit around second guessing.

They jumped all over it. Because the white male shucked down his pants and made other assorted, unpleasant gestures, they contacted schools so they could warn parents. When students informed school officials of additional incidents, schools contacted police. In addition, El Segundo officers alerted neighboring police agencies.

But they took it one step further – they made it a media blitz nearly every time the flasher struck.

Continually, the flasher story – with three different composite sketches – appeared on television networks and in newspapers across Los Angeles County over the past 14 months, since the incidents started. It would surprise me if many El Segundo residents – in fact, Los Angeles residents – were unaware of this case.

“I believed from experience it could escalate,” said police Lt. Brian Evanski, whose department oversees the safety of El Segundo, whose 17,000 residents live on the southern edge of huge Los Angeles International Airport. “We were fearful it could turn into grabbing, touching and maybe even kidnapping.”

It was with elation that Evanski reported they believe they bagged their man after an arrest on March 4 before he had a chance to harm anyone. This is the approach all police departments – big or small -- need to take when a stalker of any kind appears– such as the beautiful jogging trails around Lake Hodges, where Chelsea King once jogged alone.

This past weekend, the skeletal remains of Amber Dubois, 14, whose been missing for nearly a year after she vanished while walked to Escondido High School, were discovered about 30 miles north of Escondido, in Pala, an Indian reservation. Police are investigating whether it’s linked to Chelsea’s case.

As I listened at El Segundo’s press conference, I couldn’t help but wonder about the parallels and what went wrong in and around Northern San Diego County – where better response to a couple of scary incidents may have prevented the horrendous death of Chelsea, a sweet 17-year-old by all accounts.

Faster police action and an Amber Alert might have saved Amber.

Had local law enforcement acted the same way El Segundo’s did – even though San Diego County sheriff deputies and Escondido police have thousands more residents to care for -- Chelsea and maybe even Amber might be alive today. I say this because other events happened before Chelsea took to the trails near the lake where she routinely jogged. And they were far more threatening.

Amber had disappeared and another woman had been attacked on the trails.

Chelsea, a straight-A student at Poway High School who played the French horn in the San Diego Youth Symphony, disappeared in late February when she was out at Lake Hodges, within Rancho Bernard Community Park, a favorite with nearby residents. It’s an area my sister and I have frequented many times for solo walks.

Lake Hodges, somewhat shaped like an upside-down V with a tail, winds south of Escondido, about a mile north of Rancho Bernardo and partly under Interstate 15. Perched just 31 miles north of downtown San Diego and a fisherman’s haunt, it’s surrounded by several suburban communities, including the upscale Rancho Santa Fe to the west, Poway to the east and San Marcos to the north.

Chelsea apparently was grabbed, murdered and buried in shallow grave near a lake tributary. Police later apprehended and arrested registered sex offender John Albert Gardner III, a 6’ 2”, 230-pound white male. He was eating at the Hideaway, a popular Mexican restaurant at the northwest tip of the lake.

He was charged with murder in an attempt to commit rape and had been already convicted for attacking a 13-year-old neighbor in 2000 at his mother’s town house near the park where Chelsea disappeared. The girl said he fondled her and repeatedly punched her in the face until she made her escape.

Gardner has pleaded not guilty to Chelsea’s murder and additional charges of the “allegation of murder during the commission of a rape or attempted rape,” news reports said.

Police will not say yet whether Amber’s case might be linked to Chelsea’s. But after Chelsea’s death, Escondido police intensified their focus on her disappearance – and said they were acting on a tip at a news confernce. Amber was identified through dental records and before I finished this story, Amber’s mother called me on Sunday to tell me her daugther’s remains had been found the day before.

“It’s a horrible ending,” said her mother, Carrie McGonigle, who called her daughter sheltered and bookish on the a website the family established in search for Amber. The parents, her father, Maurice Dubois, and Carrier, who were no loner together, had done intense searching on their own – issuing fliers and hiring private investigators to find their freckle-faced girl.

It seems to me the 130 pound Amber nor the 113-pound Chelsea stood a chance; and yes, I am irritated when I hear people say Chelsea should not have been on the trails alone even if it was the early afternoon.

Maybe so. But this is something many girls and women, including myself, would have been guilty of. Since my sister lives down the road from Lake Hodges, I have walked trails there many times – alone like Chelsea – after parking in the same lot where her car was found. My sister, who often took her dogs, also walked or jogged alone. This was a popular and seemingly safe place to do so in the affluent enclave.

The lake is encircled by sandy shorelines, singing birds and intense but beautiful shrubbery and thickets – with many users. I was always more afraid of coyotes and mountain lions than an attacker. Now, I’ve learned. But we might not have had to – if the police had – like El Segundo – made a bigger ordeal out of an earlier attack at the lake.

Last Dec. 27, a woman in her 20s was jogging near the West Bernardo Drive side of the lake when a man approached her, said hello and then tackled her. He appeared to be about 25. The woman escaped by hitting him in the nose with her elbow, according to news accounts.

Few heard about this incident, which might have warned walkers, joggers and hikers to think twice about going there alone. Gardner has now been charged in that case and authorities are investigating if he’s connected to Amber’s death.

Amber was last seen on Feb. 13, 2009, about 7:10 a.m. outside Escondido High School – less than 10 miles from Lake Hodges. No “Amber Alert” was issued because she was considered a potential runaway, according to the KidsSafeWebsite.

“It appears that because she is 14, she is of the ‘runaway’ age, especially because she has divorced parents and that is the stance that the officials are taking. They say that this Amber does not meet the criteria for an Amber Alert,” wrote Kymberley Page for Children’s Educational Network. “I can’t remember ever hearing that child predators seek out only children that are from traditional family units and that they aren’t interested in children after they turn 14. Have you ever heard that?”

Kids like Amber don’t run away just after receiving the lamb they wanted for their 4-H Club project. She was also towing Valentine cards for her friends at school. Even if they do, we still need to search for them, as they are still lambs in a world of predators.

Amber’s disappearance attracted less media attention than Chelsea’s. But that’s for a reason. The Escondido Police Department didn’t react with the same concern as El Segundo’s did. Having been a journalist for decades, I understand that media reaction often reflects police reaction. It takes a nosy journalist to sniff out a bigger story when the police aren’t jumping up and down about it.

When they don’t, we typically don’t, either.

However, in Chelsea’s case, the San Diego Sheriff’s Department did haul out the big guns. They called the media, brought in searchers, dogs and helicopters. Two things probably prompted the deputies to do a giant media blitz in this case:

· They knew Amber disappeared only 10 miles from Lake Hodges and that another jogger had been attacked there.

· Chelsea’s car was found in the lot near the lake along with her cell phone and purse, a big indicator that she was no runaway.

All of this adds up to this thought. Police – like journalists – should never make assumptions. When we do, it gets us into trouble. The minute a kid of any age disappears, we should all be out in force: Contact the schools, get searches going, let the dogs out, arrange for Amber Alerts, do media blitzes and pass the news over the Internet.

The other question is how did no one seem to know about this unseen force in our midst. Gardner had several addresses, one in Lake Elsinore and another in Escondido. His parents also lived in Rancho Bernardo. And yet few knew that this sex offender was in or near their neighborhoods. He was even listed on the Internet. Perhaps we all need to be more vigilant in checking about who lives in our neighborhoods.

Unlike in El Segundo – where authorities routinely reacted to the flasher and considered him a potential predator – authorities seemed to handle the Amber’s disappearance as routine and the jogger attack as another incident to file away .

Had the El Segundo flasher decided to turn violent, the police department had done everything in its power to deflect him by letting the public become remarkably aware.

The suspect, Jeffery William Freeman, 39, of Westchester, was spotted “rubbernecking” by an-off duty officer March 4 as he drove slowly around Richmond Street Elementary School about 7:10 a.m. in a car similar to what he flasher reportedly drove. Lt. Evanski said the officer felt “hairs rise on the back of his neck.” The officer called the police while tracking the suspect’s location.

Freeman came willingly to the police station and cooperated in a “long discussion,” Evanski said, which later led to his arrest that evening at the Carmel Hotel in Santa Monica on suspicion of 10 counts of indecent exposure and possession of a controlled substance.

“The frequency (of the incidents) really bothered me,” said El Segundo Mayor Kelly McDowell, who supported the department’s media campaign. “Nobody knew if he was going to escalate the crime.”

When Gardner was tried for the 2000 incident, one psychiatrist, Dr. Matthew Carroll, reported the man had no remorse and was not treatable. The psychiatrist said Gardner’s behavior was likely to intensify and that underage girls would not be safe in a community where he resided. He recommended the maximum sentence of 30 years in prison.

However, Gardner was released and allegedly did exactly what El Segundo so carefully avoided; his activities allegedly escalated and people like Chelsea and perhaps Amber, paid for it.

Let’s pray no other girls have done so.

Posted by theunderdogforkids at 5:01 PM No comments: Links to this post