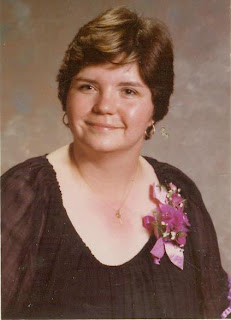 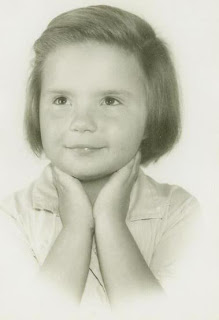 Losing a Woman Who Did So Much for Our Community at Such an Early Age Is Painful for San Pedro; Michele Burke, Sweet as Sugar, Rough as a Razor, Died Unexpectedly Shocking All that Knew Her and Were Awestruck by Her Remarkable Intelligence & Her “I-Can-Do” Abilities

It seemed just two weeks passed by when I e-mailed Michele Burk to tell her how much I appreciated her offer, but until a cure for multiple sclerosis was found, I had to forgo her gift because my condition was getting worse.

Sending me a sweet email back, she wrote: “I didn't contribute much in time or anything else, but I am sorry that this great program for younger teens is apparently coming to an end - at least as it's been known. I'm certainly not aware of any new 'miracle' drug to help treat MS, but my thoughts and prayers are with you.”

Not once did she mention that she was diabetic and was suffering as well and had been steadily slipping in health since the spring, said one close friend. By September, she died suddenly. When she quit answering her phone, her friends went to search for her. The diabetes had caught up with her – at much too young of an age, 54.

She died of complications from diabetes, said one of her closest friends and executor of her estate, Mark Ihlendfeldt, who lives in Michigan.

The gift Michele had offered me was to take my hand and walk me through the gauntlet of paper work to become a non-profit for what I’d been calling for three years, LA Network for Kids. The program was designed to keep kids busy after school by offering many clubs, such as cooking, basketball, art and swimming, to distract them from gangs, to build their confidence and help them explore future careers.

Using parent volunteers and in some cases, teachers, local businesses and money from two of our Neighborhood Councils, Coastal and Central, my friend, Kim Blanks, and I hobbled together a Mom-and-Pop program that the students at Dana Middle School seemed to enjoy.

Kim, in turn, linked me to Michele, who was born and raised in San Pedro. Even though she had no children, she continued to help kids in a myriad of different ways and one was taking the reigns for three years as the president of the San Pedro High School Lady Boosters.

While she was president, she helped the booster club achieve non-profit status as well as repeatedly guiding the campus in organizing many high school reunions. She cared, in part, because the school was her Alma mater and because she enjoyed kids. Her house was bathed in San Pedro High School memorabilia – that was how loyal she was to the school.

When I heard of her death, I couldn’t get over it. I kept saying to everyone: “She was a total stranger and she offered to help me build a non-profit,” which is a time-consuming world to navigate, not to mention tedious.

But one of her closest friends for 20 years, Mark, wasn’t surprised one bit. Michele, he said, was the type of person who dropped everything to help others. She was a perfectionist, organized and an amazingly talented resource, he explained. Had I asked her to do the whole thing on her own, she would have done it for me, he said.

“The first five minutes after we met, we were laughing so hard, I knew we’d be best friends,” Mark told me at her service. He met Michele at the now-defunct Data Count in Torrance where they both worked.

“I liked so many things about her,” he added. “I liked that she was so sweet, but then she’d have that sharp, smart tongue that straightened everybody out in seconds. She went from being like a butter knife, then turning into a straight sword, and then back into a butter knife in seconds. And she never backed down.”

Her friends in general explained their many favorite characteristics, but the one that kept coming up repeatedly was the way she could dissect any difficult problem.

She’d do the research, determine how to resolve an issue and provide ample information to undergo most tasks the rest of us would just want to avoid.

She was such a resource, Mark said, that even though he now lives in Michigan, he would routinely call her for help. “She was there and she’d take it down to the smallest of details. Everything she did was researched.” She even left implicit instructions of what she wanted after she died, he said.

Another close friend of Michele’s, Mark Wells, said she had so many “best friends,” that he and his wife include themselves in that category as well.

“Michele was a true friend to Terri and me and she was simply the best mentor I ever had,” Mark wrote via email. “Michele had such a wonderful gift of being a best friend to so many people. She was a tremendous listener BUT she also had absolutely no problem speaking her mind and telling you what she thought of things.”

Michele’s last job was working the telephones to collect debts for a wholesale fuel distributor.

One thing that illustrates Michele’s loyalty was that despite it being a two hour plus drive to Ojai, she left San Pedro every weekend to drive there and help her mother for years. Both her parents and brother have passed on. She is survived by a sister, Pat Qualls.

She is also survived by her two animals, Chuy, a 10-year-old Chow, and Pretty Boy, a male cat. Friends have taken both of her beloved pets and given them new homes.
Posted by theunderdogforkids at 4:34 PM 3 comments: Links to this post