Time to Censor Ourselves from Social Media Networking? One College Student Did It


Dear Readers: I am sorry for my lack of posts the last several months. I have been
having some personal health issues that have slowed me down. But I hope
to get up and running again soon. Here's a story I've been working on for a bit.
Hopefully, others will come. Diana 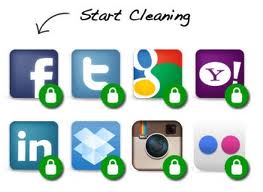 Time To Shut Down Social Media Networks? That's What One College Kid Did When He Found It "Disturbing"

It wasn't the ridiculous comments, the foul language, the mischievous jokes or the sexy, sometimes provocative photos people posted of themselves on social networks that made one college student drop out of the way mainstream society communicates today.

It wasn't even the cruel, anonymous postings of "the ratchet girls" which targeted female high school students (some he knew) across the Los Angeles Harbor Area. The site drew from the girl's photographs on their Facebook pages and in essence posted which girls would "put out" on the internet. Calling the anonymous posters "idiots," he refused to look at that site.

But it was none of those things that convinced him to erase social networks from his life. He dropped all his communications via Facebook, then MySpace, then Twitter after he was standing around with four close friends.

Instead, all of them were click, click, clicking away on their messages and posts and he found that "disturbing."

He's right. We  should find this disturbing as we teach ourselves with rapid speed not to talk to each other anymore. There are technological, snazzy middle man gadgets to do the communicating for us. That is scary and reminds me of Star Trek the Next Generation's alien species, the Borg, an entity of drones all connected to one main brain to rule their lives. (Could this soon be called, the Google?)

Still, I was astounded that any college student these days would check out of his social networks since both kids and adults seem to find few other ways to communicate. Who talks on a phone anymore? E-mail. It's done for. Those are obsolete. It's easier to send a message via Facebook saying "Sorry your father died," or "Why did you say that about me?" and become buoyant in a stream of cheap, meaningless gossip that permeates some sites like poison.

People even engage in conversational wars that are nasty and go on relentlessly. I'll never forget having written a column on the 15-year-old girl who died of an overdose in the insane chaos of the 2010 Electric Daisy Carnival at the Coliseum in Los Angeles.

Hoping for some way to cure the drug craze at those events, I wrote a column and received vicious comments not directed at me, but at a now dead girl. She should have taken care of herself. She was reckless fool for doing what she did. The anger was seething and mean with vitriolic taunts. But all I could see is this poor girl's family vibrating with such an intense loss and the nasty barbs skewering their dead daughter was not helping anything.

She was 15. Ok. Guys. Do you remember when you were that age and primed to do what: stupid things? That's how we learn.

The quick discussion with the college student was ironic for me as I was contemplating opting out of social networking for many reasons. There are good things about all these sites. I enjoy Facebook's reminders of friends birthdays and their requests for donations for their causes. I love the vacation photos friends post of their children, especially my friends in Zurich who post their munchkins skiing on snow white-covered slopes. In Monday's twin bombings at the Boston Marathon, runners found it often the only way to let their families know they were safe and sound while thousands of cell phones conked out during the catastrophe.

Many resorted to texting.

Since the good comes with the bad, there were many other reasons I debated quitting. Most of all, I was looking for ways to protect myself from myself. When I saw what people were posting I was stunned. I promised myself I wouldn't get sucked into that world and would never take time to post so much. (I  was wrong and even had a friend point it out.)

Also, it's what people post that can be so disconcerting not to mention unpredictable.

One morning, I was hit with an absolute horrific site scrolling through posts: a dog the size of a German shepherd had been completely skinned for his fur, his body just left abandoned and crumpled. I still can't get that image out of my head. Another college kid said he saw two boys light a kitten on fire. And some man, whipping a teenaged boy with a belt on his privates, had been posted on social networking sites including You Tube. I read all the comments about how cool it was this boy was getting beaten. I couldn't stop myself from saying something about that beating: "Why are any of us watching this?" I asked. By doing so, we are condoning what this man did.

Fortunately, no one commented back.

Another reason: I was finding myself in a near argument with a friend I really like. We were at lunch when she suddenly said: "We're you arguing with me?" on her posts she had put up about her parenting style. She had commented why she would not allow her two young elementary school boys hear much about the endless media coverage, most lately of the shooting massacre of 20 small children and six adult educators in Newtown, Ct. elementary school. She probably shielded them from Monday's bombings at the Boston Marathon saying she finds "no purpose" for it.

Perhaps she is 100 percent right.

But coming from a reporter background, I never shielded my son from such stories. I knew he would hear what I was working on and there would be discussions in our home and news constantly blaring through our house.

He knew about child abductions, terrorist attacks especially New York's 9/11, murders, plane crashes, fires etc. On 9/11, I had no choice. We were on a cruise ship in Alaska the day it happened. Ryan and I had entered an elevator at 5:30 a.m. on a mission to spot killer whales. Instead, we were greeted by a man, arms flailing, that the "world has gone to hell" adding the Pentagon was under attack as well as New York's Twin Towers.

None of the adults believed the seemingly crazy man, but my son, age 7 then, tugged my sleeve and told me: "He's not lying."

Sometimes you don't get the choice of what you want your kids to know. But it did take me aback when my friend thought I was attacking her parenting skills. I wasn't. I was just putting in my two cents that I had done it differently. And it worked. But opening a child's doors to catastrophe can't be done with all kids. Some are too sensitive and  I understand that. Only a parent knows their child well enough to decide.

In the end, I was grateful that my girlfriend told me what her thoughts were and  made a mental note not to make comments that could land me in hot water or join the fracases I witness on Facebook and other sites. I do break the rules occasionally but try to keep my usage as minimal as possible.

I post my stories to obtain interested readers. My comments now are mundane for the most part such as seeing someone's darling kid or pet photos. But I try to refrain because it's a) risky that I will say something I will later regret b) get sucked into that incredible time warp trap or c) get into fights with people, some friends, others strangers.


Concluding my new conditions, I studied Facebook where I'd find kernels of stories and enjoyed learning about issues I'd never heard of. Take the  Midway Island, filled with floating gulls in the sky that looks like paradise. It's an incredible, beautiful bird oasis with hundreds of birds riding the winds and hatching their chicks.

Then the truth hit as the photographer documented one after another of adult birds feeding themselves and their chicks with pieces of plastic, balloons, bottle caps and other trash stretching across their entire capacity of their stomachs. He repeatedly showed dead birds embedded with trash and others dying a slow, painful and razor sharp death.

Chicks were dying too on the island. It was an incredible lesson because I had no idea how widespread our trash killing was. I was, fortunately able to decide if I wanted to watch this by connecting to the site. I was a bit more prepared. But with the beautiful dog, man's best friend, stripped of all his fur, I had no way to opt out. It just popped up and it crushed me for the day, the week, the month. I still see it.

I will see it tomorrow. And the next day.

Part of me said: Wait a minute?  Wasn't I learning from this too. I never knew anyone skinned dogs for fur, a practice in China according to People for the Ethical Treatments of Animals (PETA) and other animal rights agencies.

But it's one thing to research and discover these truths and another to see such a grim graphic over breakfast with no warning. That's kind of like turning on the television and showing all the body parts strewn around from a bombing.

Today, so much goes on in swirls and twirls across the internet, with fleeting moments scurried here and there. It's hard to decide what to do and what's right. There are no written rules. And how much is too much?

Just a few months back, I saw an extraordinary comment from a Facebook friend complaining about people who read her site but failed to voice any opinions. She believed those people were scary and creepy (yep, that would be me) and had no right to visit her page.

Now that's confusing. I didn't think I had to comment on what people were posting. It seems too that so  many young people don't understand that the remarks they make can cost them jobs and come back to haunt them in other nasty ways, such as when anonymous users snatched up oft revealing photos of the Harbor area girl's own sites. They called out the girls sexual value and used the most pornographic words I've ever seen.

They were so raunchy and disgusting I couldn't even consider putting them in the my stories, not to mention the humiliating cruelty that went on.

But kids aren't the only ones failing to censor themselves. Adults are too.

Was I mad my friend asked me later after she told me about her concerns of my comments on her shielding her kids from upsetting news stories? Of course not, I told her. I figure she did me a favor saving me from myself and my sometimes non-discerning nature. I could have commented on something really stupid and paid for it later.

And hopefully, I haven't done that already.

I asked that college student if he missed the sites. No, he said. The only thing he misses is Twitter because it's short, and sometimes, sweet to tweet.
Posted by theunderdogforkids at 11:30 AM No comments: Links to this post