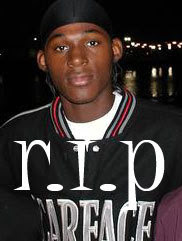 HOW THE KIDS FEEL ABOUT LOSING LATERIAN – L.T. – the friend, brother, cousin they looked up too; And the words his Basketball Coach spoke at his Funeral; Please see earlier post about a public candlelight vigil being planned

Dear Readers: I’ve compiled some writings from students about their loss of Laterian Tasby, 17, a San Pedro High student who had given them hope about changing their own lives when he became a school leader and played football and basketball for the high school.

Students have said he influenced them with his friendliness and caring and provided them with a role-model – showing them anyone’s path can change if they want it too. He had moved here during his sophomore year to get away from the violence in his past neighborhoods and had changed his life before he was recently shot at a party the weekend before Halloween.

The students names have been changed for their own protection. Here is what they wrote:

--When I found out, I just died,” wrote Ron, a 13-year-old Dana Middle School student. “I asked what happened and when they told me he was shot I started to cry. I didn’t want to be the only one crying, so I held it in. I listened to everybody, like his girlfriend, his brother, and the kids that really loved him. It hurt me really badly; I wish I could have died with him. I will always remember him as the Empire State Building. …I thought he was strong as a boulder, but I guess I found out that he was not as strong as a boulder.

--“We have all suffered a great loss, so we have to be strong,” wrote Joe, a 15-year-old San Pedro High male student. “We cannot be weak. We cannot show our vulnerability. To all the people out there I know, I love you so much cuz’ you really don’t know when God will take you. Unfortunately, we lost one who is not a gang member!!! He was a young man trying to turn his life around. To everyone I say: “Please stop this violence.”

--“I miss L.T. because he was so funny. I can’t believe he is gone. He was a good friend and he will always live in our hearts. I really miss him because I used to talk to him about all my problems. L.T. I will miss you. Please look over our backs,” 14-year-old San Pedro High youth.

--Laterian Tasby was such a great guy,” wrote Candy, 14-year-old San Pedro High student. “We called him L.T., but I loved his name so I called him Laterian. He was such a good person and he always made me laugh. For the record, he was not a gang member. He used to be in trouble, but he changed his life around….He had dreams of going to USC….What happened to him was the worst thing ever. He didn’t deserve it at all. At the Boys and Girls Club, we are one big family. Now that Laterian is dead, its like our family members are dead.”
READ AT HIS FUNERAL
By A High School Student:
L.T.
SATURDAY NIGHT TRAGEDY STRUCK
LOST ANOTHER SOLDIER TO GUN POWDER SHUCKS!
ANOTHER MOTHER LOSES HER BABY BOI
ANOTHER BROTHER LOSES HIS PRIDE AND JOY
A GROUP OF FRIENDS STANDING TOGETHER IN TEARS
AFRAID TO WALK THE STREETS OUR MINDS COVERED IN FEARS
WHO WILL BE NEXT WE ASK OURSELVES
WHEN WILL THEY LEARN TO PUT THE VIOLENCE BACK ON THE SHELVES
YET AGAIN WE PAY MONEY FOR A SWEATER WITH HIS FACE,
A LITTLE MESSAGE HIS BIRTHDATE AND 3 LETTERS TO TAKE HIM TO HIS FINAL RESTING PLACE
WE'LL NEVER BE ABLE TO LAUGH WITH HIM
OR DANCE WITH HIM
OR BE NEXT TO HIM
BUT PLEASE REMEMBER HE FOREVER REMAINS WITHIN
L.T. BABY BOI YOUR FOREVER MISSED
SHINE YOUR LIGHT UPON US WITH LAUGHTER AND BLISS
I ALWAYS SAID YOU WERE AS TALL AS HEAVEN AND NOW YOU PROVED IT, DON'T WORRIE ABOUT US TOGETHER WE'LL GET THRU IT
WE ALL NEED TO BE AS ONE AND HOLD EACHOTHER CLOSE
STAND IN UNITY AND PRAYER ITS SHOWS,
THAT WE ARE SOLDIERS NO MAN IS LEFT BEHIND
WHEN ONE OF US IS LOST WE HELP HIM TO FIND
THE LIGHT THE SILVER LINING THAT WAY HE GOES ON
IN OUR HEARTS AND MEMORIES SHINES BRIGHT LIKE THE SUN
IT'S NOT FAIR IT'S NOT RIGHT BUT IT HAS TO BE DONE
SOMETIMES WE CAN'T ALWAYS HAVE FUN
IT'S A MESSED UP SITUATION TO HAVE TO BURY A FRIEND
BUT NO MATTER HOW PAINFUL IT GETS HE'S FOREVER WITH US TILL THE END

My name is John Bobich and I had the privilege to coach LT as he played basketball for San Pedro High School. My greatest memory of LT was when we were driving home from the Palm Springs basketball tournament this summer. We had a successful tournament. LT played well and I had the opportunity to drive LT back to town along with my wife and my 3 year old son. One would figure the conversation would revolve around LT and how well he did. But not LT. He sat in the back and the whole way home. LT constantly would crack jokes until he got a laugh from my son. He would then ask my son question after question until he got an answer. This went on over the course of the 2 and 1/2 hour trip. On that afternoon LT made a three year old the most important person on earth. And to me that's what made LT, LT. It was about others. In our conversations he was worried about pleasing his Mom, his Aunt, his Uncle and his brothers and sisters. To me this is what made LT so special.

Over the course of the past few days I find myself asking "Why?" Why does this young man lose his life after all the hard work he's done to turn his life around. I find myself angry. Here's a young man who was making a difference in so many ways. As a son, nephew, a friend, a student, and an athlete. Why does his life have to end so early? Well, last night I came to see LT at the viewing and I had received some answers. I witnessed so much love, support and compassion from many of you that sit here today. Love that we don't often see in this hectic world of ours. I also felt peace. And this is what LT stood for. He brought these great qualities in the people that he encountered.

If there was ever a conflict at school I could always go to LT and he would find a way to keep peace on our campus. He would step up and say, "Hey guys, just let it be. It's just not worth it." Today we mourn the passing of LT as his physical presence will no longer be with us. It hurts and for me it's really hard to accept. We look around town and see signs, pictures, and shirts that keep LT's spirt alive. One day there will be no shirts, no pictures, and no signs. But there will be many of the people in here keeping LT's spirt alive in the greatest way possible. Simply by doing the right thing. We will all have an opportunity. There will be situations that arise and we must remember LT and think. We will keep LT's spirit alive every time we step up and say, "Just let it be. It just not worth it." It could be with a friend, a foe or one day your spouse. We must learn to keep things in perspective. For you younger people who were so close to LT. I promise you years from now you will know LT made a difference in your life. Every time you make a friend or even a stranger feel better by stepping up and making a difference. If there 3 years old or 93. And you'll remember that's something LT taught me because that's what LT was about. Let's all make a promise to LT that we will make sure his death didn't go in vain. We will all make this world a better place by following LT's lead. God Bless you LT. I will never forget you.
Posted by theunderdogforkids at 10:43 AM 1 comment: Links to this post 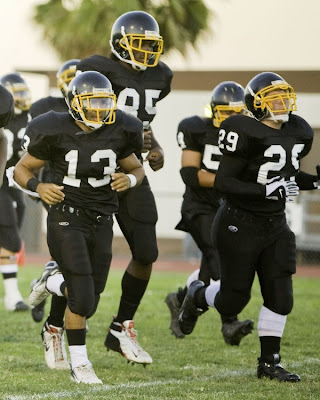 PUBLIC CANDLELIGHT VIGIL BEING PLANNED TO HELP COMBAT SORROW OVER HUGE LOSS OF PIRATE FOOTBALL PLAYER – L.T. -- GUNNED DOWN AT PARTY WHILE TRYING TO PROTECT HIS FRIENDS: No. 85