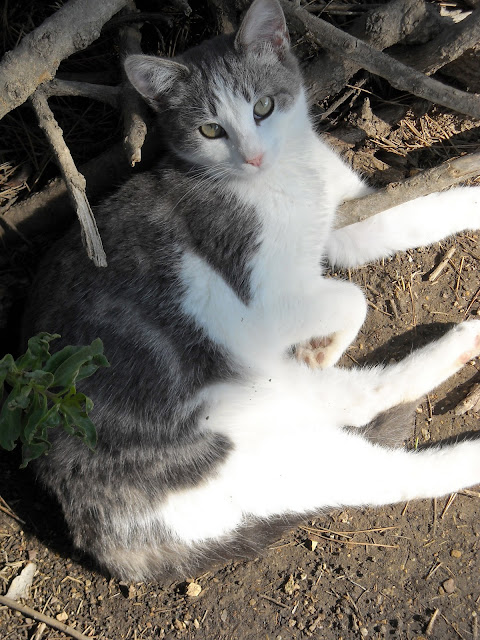 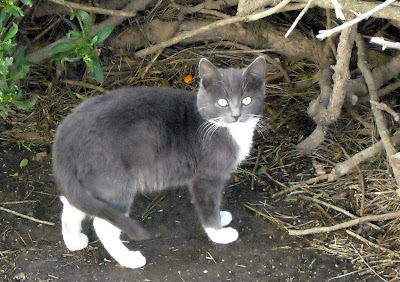 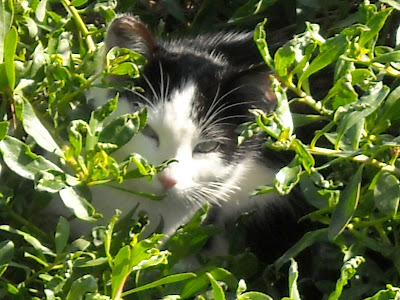 Kittens
Three or more kittens were dumped at the White Point Park recently along Paseo del Mar and are still young enough for adoption.
It took me a bit of time to find them –hiding in thickets and brush – but they were there once again when I returned to the park after hard rains and bitterly cold days.
I’m hoping someone has a few miracles in their pockets and can find these kittens a new and safe abode. The park is on W. Paseo del Mar and Western Ave in San Pedro.
Please email me for more information or let me know if you took a kitten home. hartchap@cox.net
__________________________
When the Rest of Us Forgot, Man Does a Good Deed at the Assistance League Post Office
I was buying stamps from a volunteer clerk at the Assistance League Post Office in San Pedro, when a well-dressed, elderly lady burst into the lobby – her peach colored lipstick glaringly loud.
She zoomed up to the counter and started shoving a giant bagful of bundled holidays cards in the clerk’s face. The kindly clerk said she could take those since they were stamped, but if she needed anything else she would have to go to the end of the line.
But that wasn’t enough for the woman who seemed oblivious to all the people standing and waiting in the crowded lobby – holding numbers for their turn.
“Yes, and I’d liked to buy,” the woman continued to the clerk, who once again  explained to the woman she needed to go to the end the line.
“But I don’t have enough time,” the woman countered as she looked all around at us. Maybe looking for a miracle.
Sure, she seemed a bit confused, and possibly disoriented – or just a rich lady with no qualms about shoving herself in the front of the line.
I confess, I was irritated probably along with others.
Just as the woman dropped another:  “I don’t know if I’ll have time,” speech, a man waiting quietly in the back showed us all how to behave during the holidays and then some.
He handed her his card -- Number 36—which meant she would be the next person up. The man  took a new number and went to the end of the line.
Still perhaps somewhat confused, the woman again said: “I don’t think I have time.”
“You are next,” he explained  patiently as he persuaded her to wait. It took all of thirty seconds.
Now, I felt silly about my irritation. A single individual showed us all how such a small  gesture can make the holidays so bright, just a little miracle in motion.
-----------------------
Great News About Bonnie Sheehan and Her 60 Dogs
Bonnie Sheehan, the woman who has saved 17,000 dogs in her lifetime, packed up her canine buddies and left Sunday night for Virginia – but not before receiving what she considers an amazing gift.
As soon as the Long Beach rescuer – who formed the non-profit Hearts for Hounds – registered her website with the new Virginia zip code, more than 300 hundred calls poured in from people wanting to adopt her dogs.
Having run the Long Beach rescue for 15 years,  the rescuer was dismayed when her small dog adoptions dwindled from 17 to 20 a weekend down to one in the past six months. She could no longer afford the $7,000-a-month kennel fee and decided to relocate with her small canines to Virginia where other rescuers said small-dog adoptions remained strong.
There’s more good news for Sheehan and her canine friends.
Relying on her realtor’s advice, Sheehan purchased a property, sight unseen, in Huddleston, Virginia to kennel some 60 dogs that still remain with her.
When Sheehan arrived she was delighted to find the land had more than she expected. Besides a  house, it included a log cabin built in the late 1700s, a barn and a chicken coop for $80,000.
And that’s no dog about it.
Posted by theunderdogforkids at 11:46 AM No comments: Links to this post