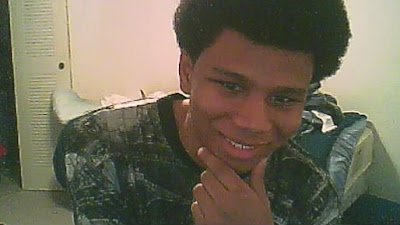 When Emmanuel Catalan, 23, heard about the shootings of 26 first graders and educators in Connecticut, the Floridian was stunned along with everyone else. But when his friends who lived in the impacted state began to call and text him, he detected pain so enmeshed in them that he was even more shaken. The two women, who live in nearby Storrs, hadn't  lost anyone in the tragedy, but were agonizing over it with millions of others.


From their words, Emmanuel built a poem, perhaps to ease his pain and hopefully theirs.


"The Connecticut shooting was one of the worst shooting tragedies since the Virginia Tech shooting in 2007," he wrote me via Facebook. "Although I have not personally been affected by this event, I do have two friends who reside in Connecticut. Both of them are emotionally shaken up because of the horror. Hopefully something positive can come out of this awful event.
"We can no longer endure another mass shooting the way."
Catalan, now 23, joined the Boys and Girls Club in San Pedro as a high school  junior carrying only a 1.8 GPA. Once he entered the club's College Bound program, is life turned around.


Today he's in his senior year at the University of South Florida, majoring in political science with a minor in international studies. He plans to attend law school to first become a lawyer and later a judge as well as an author. He has done many internships, including the Sindhi American Political Action Committee, the Torture Abolition Survivor Support Coalition, and the Empowering Center for Career Development.

Here is his poem that comes with no name:

The sky covered with clouds looms over our heads,
The ominous storm awaits us ready to rip our joy into shreds,
None of us are remotely prepared for its presence,
Nevertheless it arrives with power far greater than all of the heavens.

The depth of his rage is beyond anyone's measure
And no one has enough to subdue him with their treasure,
Our conduct too depraved for his taste,
So he kills us with loss and disgrace.

He places us back in our own solitude,
So dark and uncertain, no way to be shrewd,
How can we? Our souls were stolen by his murderous deeds.
No incentive to live or plant our own seeds.

I bleed red, but feel no more pain,
A full days rest I've had, and yet I feel drained,
Consumed with so much death I want to cringe,
So much potential now just blows in the wind.

The future lays buried riddled with talons,
Each symbolizing a lost chance for them to show their talents,
Trauma remains with those who remain,
The broken-hearted and those left with so much pain.


Each showering their faces with rain,
Yet there remains nothing to gain.
Posted by theunderdogforkids at 3:28 PM No comments: Links to this post