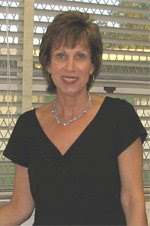 Linda Kay, new SP High principal.
San Pedro High’s New Principal Contends the Staff Must Step Up to Make the Campus a Better Place: No One Can Work in “Isolation” – Especially a Principal, She Says; An Effort to Return the School to Its Better Days Must Be a Team Effort Because The Poor Accreditation Rate for this Community Remains Unacceptable

Coming through some fairly rough patches in the past with other schools, Linda Kay – named principal of San Pedro High last week – plans to spend her summer educating herself about the campus.

Calling herself “straight-forward,” “a realist,” and “call-it-as-I-see-it,” leader, Kay, 57, moves into the rocky post July 30, apparently not afraid to tackle the school’s myriad of woes from intense overcrowding, a puzzling low-rating for accreditation, severe entrenchment issues and a 50 percent drop out rate.

The school’s test scores are comparable or lower than some inner city schools, but she points out she headed Narbonne High School not so far in the past – which also was plagued with many ills.

“I will be really proud of if we pull ourselves out of this,” she explained about San Pedro High. “I’m going in with an open mind and a positive attitude. I am interested in doing my own research. This is a community school and everybody should be proud of their schools.”

She will be the third principal to take the helm within three years. She replaces retiring Bob DiPietro, who due to family issues, decided to step down after only serving the school for two years. Prior to that, Diana Gelb ran the school retiring after one year.

Kay said her summer days will be spent doing her homework.

“People don’t do things when I tell them,” Kay explained during a phone interview, who said she plans to spend a good part of her summer meeting the school staff and assessing the situation. “They do things when they are part of the administration.
Change is not easy for anyone. But change is necessary and it has to be evolving.”

While some have said she’s hard-nosed, Kay painted herself as “fair,” but definitely a leader with high expectations for herself and her staff. If all goes well, the first issue she will tackle will be the troubles with the school’s accreditation.

On its accreditation scoring, San Pedro High received a two-- with the top points being a six. A two is considered a near failing rate by many educators. The campus has about one year to bring its standards up, before losing accreditation entirely.

As far as accreditation, she will ask the staff to explain to her what they think happened.

“If you get lower than a three, it’s not healthy. A three would be average,” the newly appointed principal concluded. “I don’t know why (the school received this rating). I will come in and talk to department chairs, the UTLA, the teachers.

Kay comes as no slouch to San Pedro High. Her background includes more than three decades with Los Angeles Unified, where she’s held a variety of posts, including teacher, counselor, administrator, principal of Bret Harte Middle School and soon after that – the principal of Narbonne High School in Lomita from 2006 to 2008.

At Narbonne for two years, she tackled large problems with “accountability” issues, targeted a disturbing two-tiered educational system where a smaller campus received more than its share – and the eruption of alleged cheating scandal in girls’ basketball.

The coach resigned and the school lost several championship titles.

Some claimed she cleaned up Narbonne before taking her next LAUSD post, a director’s position overseeing eight junior highs in Region Three, which stretches from Westchester north to the Palisades and sweeps in the areas of Venice, Dorsey and Crenshaw.

On her resume, she touts her success at Narbonne, which was reflected in higher test scores, a cleaned-up physical education department and being able to obtain a three-year accreditation for the school – despite the scandal.

One San Pedro High teacher said she’s thrilled that Kay is on her way.

“I’m looking forward to someone who has a background in instruction and puts this as a top priority and someone who can face the vocal opposition,” the instructor said. “I’ve been waiting for that person to come along.”

Kay may be just that person. She insists on integrity and accountability, some of which has slipped away at the local school without consistent leadership over the past several years.

Instead of learning from what others tell her, she wants to explore the issues first hand. She leads by listening, but once she makes a decision, Kay said: “I own it.” She takes responsibility for that choice and does not turn back.

As far as students go, she abhors instructors who tell students that they are failures – and while she believes in discipline – she also considers herself an excellent student advocate.

“Kids need to know they are valued,” the principal explained. “If you tell them they are a failure, that is the day when the teaching stops. I like kids and my door is always open to them.”

Linda Del Cueto, who heads the region where both Narbonne and San Pedro reside, decided not to use a hiring committee and to select a principal from the pool of those whose positions had been cut, among them Kay's job.

It seemed clear from the start that Del Cueto had Kay in mind with her successes at Narbonne.

"I am extremely pleased to be able to assign Linda Kay to San Pedro High
School," Del Cueto said. "Linda Kay comes with wealth of principal experience in both middle and high schools. What's equally significant is her Assistant
Principal experience including her experience as Assistant Principal in secondary counseling services at Belmont High School, a large year round
high school with many challenges.

"Linda will be able to utilize this experience in ensuring San Pedro High School students have access and are successful in A-G (college required) classes. She will also use her experience to address and support the issues of high failure in core classes including Algebra 1."

While she was last serving as director, budget cuts forced 50 percent cuts in each region across the board. Due to her standing, the district had to bring her back on board as a principal along with many other administrators who held director posts that were eliminated during the cuts.

As far as San Pedro High, Kay said: “I don’t know what the outcome will be and I don’t like to make promises. It’s up to the (school) community to take on the challenge.”
Posted by theunderdogforkids at 9:34 AM No comments: Links to this post