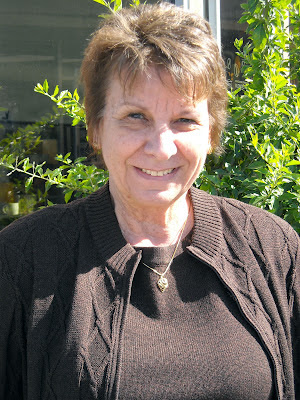 A "Quiet" San Pedro Hero Was Done With Her Volunteer Days With Kids -- Or  So She Thought
By Diana L. Chapman
Yvonne Bogdanovich was over it. For years, she volunteered at her children's private schools, some even right through college.
But with her own children's schooling complete, it was time to take a break away and do somethingdifferent.
That 's when Mike Lansing, the executive director of the Harbor Area Boys and Club, approached her. Wouldn't she be interested in becoming a board member for the club? Her answer was going to be no.
"I was going to send him a regret," the 73-year-old Bogdanovich said. "It didn't involve my kids. My daughters were off to college and my son. I thought I don't need to do volunteering. When I called him, he said: 'Just give me two years.'"
"She's quiet in many respects, but a strong and committed leader who has had such a positive effect on our organization over her 17 years as a board member and now our board president," the club's executive director of the Harbor Area explained. "San Pedro and Wilmington owe her so much for her tireless efforts in behalf of our most at-risk children.
"She was the first board member that I ever recruited when I became executive director and I've been working with her ever since."
Tony Tripp, who is filling in while Lansing is on sabbatical, said he found Bogdanovich's efforts remarkable.
"Yvonne has been a great asset to the club for 17 years she's been on the board," Tripp said. "She has brought in key funders, organized our annual auction event "Bids for Kids" which brings in more revenue for the club than any other event...In addition to being a good leader, she is a philanthropist, generously giving much of her own money to charity (including the club).
"She is very well respected and is a staple of the San Pedro community. It is an honor to have her as a board president."
Bogdanovich also has deep roots here, especially in the once thriving fisheries that resided in San Pedro. Her father, Nikola Vilicich, immigrated to San Pedro in 1908 from Yugoslavia around the age of 16. Her mother, Mary Zupan arrived from St. Louis about the same time.
Yvonne and her husband raised four children: Deborah Bogdanovich Murray, Laura Bogdanovich, Christine Bogdanovich Vidovich and Louis Anthony Bogdanovich Jr.  All four graduated from USC. Yvonne's husband died at age 55 in 1992.
Besides the Boys and Girls Club, Yvonne Bogdanovich volunteers for the San Pedro Peninsula Cancer Guild -- supporting cancer research at the USC Norris Comprehensive Cancer Center in the area of gastrointestinal/colorectal research. She served on the Mary Star High School, where her children attended school,  Steering Building Campaign and on some of the schools steering committees.
Posted by theunderdogforkids at 6:10 PM No comments: Links to this post