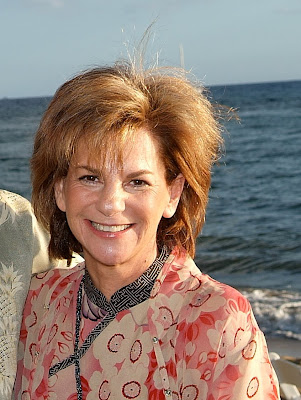 ONE LONELY LITTLE FISH, A SAN PEDRO RESIDENT, TAKES ON A BIG FISH – AEG--OWNERS OF STAPLES CENTER WHERE POP STAR MICHAEL JACKSONS’ MEMORIAL WAS HELD-- NEEDS TO OFFER “GOOD WILL,” SHE SAYS AFTER THE CITY SPENT A FORTUNE DURING TOUGH TIMES TO PROVIDE SERVICES FOR THE EVENT

IN THE BEGINNING, ARLENE DICKEY SUPPORTED THE MAYOR’S DECSION TO SPEND THE FUNDS UNTIL SOMETHING HAPPENED AND INVOLVED HOMELESS CHILDREN AND THEIR MOTHERS

There was a moment in time – no matter how short – that San Pedro resident Arlene Dickey found herself defending the mayor of Los Angeles.

While other Los Angeles citizens were outraged that Mayor Antonio Villaraigosa allowed the city to spend more than $1 million of taxpayer money to ensure that Michael Jackson had a peaceful – yet posh memorial service at Staples Center-- Arlene defended the mayor boldly in a letter to the editor.

The mayor’s decision, she stated in a local newspaper, painted an excellent “chamber of commerce picture” for the city of the Angels. That opinion, however, changed overnight.

A turn of events redirected Arlene’s course and set her on a new path – one that led her to contact AEG (the organization that owns Staples Center where the pop star’s glitzy memorial was given). Since then, she has landed in both the offices of AEG and City Attorney Carmen Trutanich out of pure determination and grit.

Her new commitment: she’s on a mission appealing to AEG to make “a goodwill gesture” to the swath of residents, many who feel betrayed across Los Angeles, that they picked up part of the tab for a celebrity memorial.

The gesture, she explained, is that AEG should pay the costs for all non-profits permits during the month of this coming December. Los Angeles paid about $1.4 million for police and city services for the event.

For our lonely resident, it hasn’t been an easy road – but if one knows this woman as I do –she’s relentless and rarely gives up just because of a few hairpin curves. That’s what made the story so appealing to me when I first heard about it casually in the Los Angeles port community of San Pedro. Her pure and genuine determination intrigued me.

In the beginning, Arlene believed of the memorial:

“Well, let AEG pay; they have plenty of money…and stand to make a fortune. However, on further contemplation, I began to see another side of this,” Arlene wrote to a Random Lengths, a San Pedro newspaper. “Los Angeles, with all of its problems, looked like a star to the rest of the world. We had calm and our police and service workers were so well received, we looked great.

“ You can’t ask for a better chamber of commerce picture than that which sends a positive image of our city to the world.”

Now Dickey truly regrets those words. What changed her tune was a small, but shocking piece of information she received from a non-profit ; it made her do a complete turn-about.

As a volunteer for Harbor Interfaith Services – a homeless shelter for women and their children in San Pedro -- Arlene busily raised money for the next several months after the Jackson services. After reeling in about $2,000, she presented the shelter with the funds.

Then its Director of Development Caroline Brady-Sinco dropped a bomb shell. The director explained to Arlene that $500 of her hard earned dollars must be set aside to receive a city permit -- just so the agency could host for its homeless children and mothers -- its annual Christmas block party. Brady, despite repeated calls, could not be reached for comment.

“I was mortified,” Dickey said, “that I was schlepping around to raise money for the homeless shelter and then they have to pay for permits. And I was just appalled that AEG got away with it.”

Furious, Arlene defined and defended her new mission. She decided then and there that AEG should pay for all non-profit permits that roll into the city during the month of December, likely to be thousands of dollars.

While you and I might be sitting outside trying to get into AEG’s office, Arlene first met with AEG officials on Jan. 21 and laid out her plan. According to her, company officials she met with explained that they liked the idea – and believed company CEO Timothy J. Leiweke – might “do something for the city.”

Just one thing, the officials added, they’d be more than prepared to do this if she could get City Attorney Carmen Trutanich to drop the threat of a criminal lawsuit. Trutanich – who was accused of using “bully tactics” by the AEG’s CEO – launched an investigation into the potential “illegalities” in the way the city used public funds to help AEG host the memorial.

Despite repeated phone calls, AEG officials have not responded to this story to provide any comments. One call assured me I would hear from an official soon, but that was days ago.

After her meeting with AEG, Arlene found herself knocking on Trutanich’s door where she spent an hour with the big bully himself – which of course is what I like about the new city attorney. Someone has to bully the city; they certainly do enough bullying themselves.

While the city attorney’s office refused to disclose the conversation, staff did confirm Arlene came in to explain her position. Trutanich, the volunteer said, told her exactly what I thought he would when hearing about this -- that AEG was likely using her as a pawn.

“My office cannot comment,” said Jane Usher, a senior advisor to Trutanich. “So sorry but those (are) the rules of my attorney-client confidential position. I can tell you that we met with Arlene and that she and her passion for the community are delightful and welcome.”

Arlene too admits that AEG was probably using her. But that has not once derailed her.

“It’s such a simple, easy thing. It has absolutely nothing to do with politics,” Arlene stated flatly. “It’s for the kids.”

As far as Usher’s assessment that Arlene’s passions are delightful, I agree. We need more residents like this to stand up and see the big picture and fight for our rights.

Where Arlene’s mission will go, no one knows. But what I like is she didn’t take it sitting down. Nor should the rest of us.

Posted by theunderdogforkids at 10:10 AM No comments: Links to this post