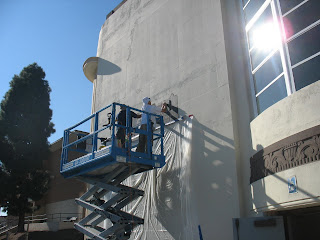 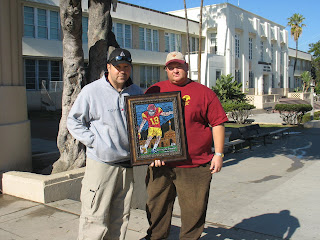 Artist Mike Sullivan, left, and Shawn Talbott, who helped pull together the ceremony to remind San Pedro High students that they too have a chance to make it -- but even more so, to take care of each other. Below (left): The mural is being installed on a Saturday afternoon and right, the USC shirts worn by alumni and teammates to honor Mario. 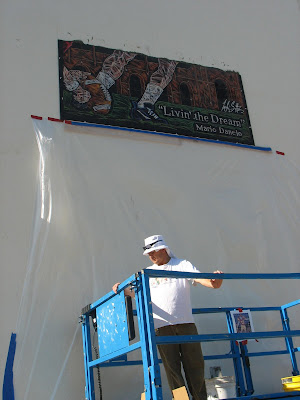 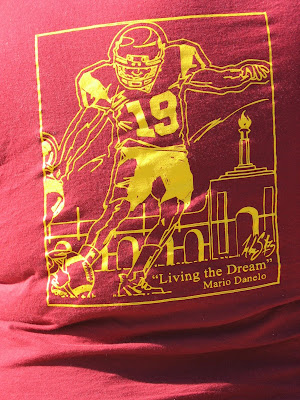