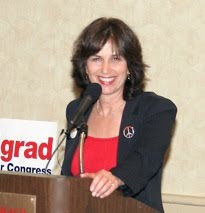 Autism is one of life’s many mysteries that leaves children, later adults, often enclosed in a world of their own. A cousin of mine is autistic. He can paint huge watercolor canvasses and audit classes at Harvard, but he cannot talk to you, nor look you in the eye, nor hold the woman he longs to love.

Derived from the Greek word autos, meaning self, autism is characterized by a withdrawal from social interaction into the self and can include a wide spectrum of disorders, from mild to severe. I've seen a child with autism bang a helmeted head against the wall until a caring hand intervened.

In the past, we blamed autism on genes – but an epidemic of autism makes us question whether genes, alone, can be the cause.

Yes, autism rates have skyrocketed in America, where, according to the Centers for Disease Control and Prevention, autism affects one in every 91 children born today, making autism more common than childhood cancer, juvenile diabetes and pediatric AIDS combined. Ten years ago the autism rate was one in 500, far lower than today.

In budget-strained California, where school districts are reducing special education classes, autism continues to climb while resources dwindle. A UC Davis M.I.N.D. Institute study published in the January 2009 issue of the journal Epidemiology, found a seven to eight-fold increase since 1990 in the number of children born in California with autism. The incidence of autism by age six in California rose from fewer than nine in 10,000 to more than 44.

Previously, researchers attributed the spikes in autism rates to better counting and diagnosing. Now, they suggest the research should shift from genetics to the plethora of chemicals and infectious microbes poisoning our environment. “It’s time to start looking for the environmental culprits responsible for the remarkable increase in the rate of autism in California,” said UC Davis M.I.N.D. Institute researcher Irva Hertz-Picciotto, a professor of environmental and occupational health.

Hertz-Picciotto said the rise in autism cases in California cannot be explained by the state's increasingly diverse population because the disorder impacts ethnic groups at similar rates.

People who live in the 36th congressional district, home to Super Fund sites and oil refinery contamination, surely find it troubling that University of California at Davis researchers identified high rates of autism in the Harbor, Torrance, and beach cities, along with pockets of Gardena and Carson.

In Torrance, the autism rate is nearly twice that of neighboring South Los Angeles.

Some suggest the rates are higher because more college-educated parents seek help when their babies fail to develop normally or when their once-bubbly toddler suddenly falls silent. Researchers at UC Davis, however, suspect it’s the environment and are investigating the possible effects of metals and pesticides on neurodevelopment.

Still, there is no conclusive evidence linking autism with environmental toxins, because so little has been invested in researching the link. "Right now, about 10 to 20 times more research dollars are spent on studies of the genetic causes of autism than on environmental ones. We need to even out the funding," Hertz-Picciotto said.

In the South Bay/Torrance/harbor area of the 36th congressional district we stand at the intersection of oil refineries, chemical plants, sewage treatment facilities, diesel exhaust fuel and rubber and DDT Super Fund sites – a series of environmental challenges that could be misfiring our children’s brain circuitry.

On Sunday, April 11, from 2- 5 pm, at the Torrance Cultural Art Center, Miller Recreation Center Auditorium, 3300 Civic Center Drive, Torrance, I will moderate a public forum: Autism in the South Bay: A Symposium on Possible Causes and Solutions. The symposium will feature parents, like Deborah Merlin and Matthew Asner, who have confronted autism in their own families, as well as medical doctors David Allen of the Center for Optimum Health and James Blumenthal of the Brain Performance Center. Dr. James T. McCracken, a professor of Child Psychiatry at the UCLA School of Medicine will also participate.

It’s important we have a candid and open discussion between family members of autistic children and experts in the field. We encourage anyone with interest in this issue to attend, to hear about successful interventions and evidence that supports the call for further research on links between environmental contamination and autism.

With more conclusive research, will come louder and more urgent demands for environmental clean up at Super Fund sites near Torrance, stricter regulation and federal oversight of oil company pollution in Wilmington, and the political will to ensure our port reduces its diesel exhaust from idling trucks in San Pedro.

As an educator, a mother, and a congressional candidate eager to represent the 36th congressional district, I believe we owe it to our children to raise the decibel level of this conversation.

For more information on the April 11th event -Autism in the South Bay; A Symposium on the Possible Causes and Solutions - email Marcy@WinogradforCongress.com

Posted by theunderdogforkids at 5:20 PM No comments: Links to this post