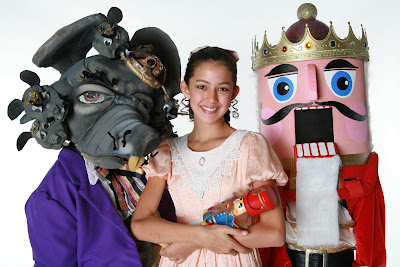 Labels: Nutcracker Auditions
Beautiful Moments at a Middle School; A Gesture So Simple that It Really Worked
By Diana L. Chapman

The day my son graduated from Dana Middle School, I witnessed a simple gesture that was inexpensive, thoughtful and imbued students with broad smiles. The gesture seemed proof that--- yes -- someone believed in the students and their futures ahead blinked bright.

As students filtered down the stage after their name was called, strolled up the aisle in small groups (parents all still remaining seated in the audience), the auditorium doors swung open releasing the students to the lobby where they were greeted with a sudden, loud burst of applause and smiles.

The look that appeared across nearly every student’s face was first the look of shock – and then, when they realized what was happening – their faces cracked into glowing smiles that grew and grew and grew.

I just happened to be standing in the lobby as this occurred and couldn’t help but join in the enthusiasm and good cheer because of the happiness that was defined on the student’s faces. Plus, I knew (as did the staff who spent the last three years with these kids knew) that not all of students would have someone there to witness their graduation – for one reason or another.

So there I was clapping as enthusiastically and as happily as the staff when my own son came out the door – and shook his head with surprise until he lit into a giant grin. Later I asked him what he thought of the staff's gesture. “It was the best,” he told me

My words exactly.
Posted by theunderdogforkids at 11:59 AM No comments: Links to this post