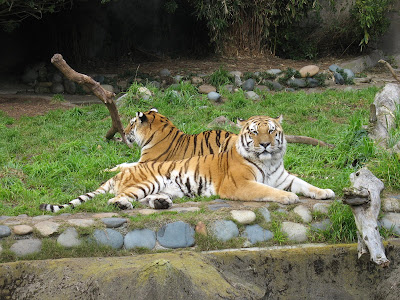 TAUNTING AND TEASING A CONSTANT PROBLEM FOR ANIMALS IN ZOO LIFE:

ZOOKEEPERS NEED TO ENGAGE THEIR BEST EYES TO PROTECT THEIR CHARGES WHO ARE DOOMED TO PERPETUAL CAPTIVITY; FOR A PITTANCE OF MONEY, THE PUBLIC’S EYES, CELL PHONES, SIGNS AND A PHONE NUMBER COULD HELP; MAYBE THE S.F. TIGER KILLING TRAGEDY WILL TEACH US ALL

Standing near the tiger exhibit, my sister and I watched a gorgeous tiger peacefully lick its paws at Wild Animal Park in San Diego until this woman came along. She began to bob back-and -forth like a toy jack-in the box. Despite the fact the tiger was increasingly agitated, the woman kept springing – mercilessly.

Suddenly, the tiger pounced directly at the woman while giving off a blood-curdling roar that brought other visitors running. The fence is all that kept her from becoming a bloody piece of meat, unlike what happened at the San Francisco Zoo recently. But did the beast deserve this teasing? And should my sister and I stopped her once we caught on?

Perhaps this is what the San Fransisco catastrophe will teach us. After Tatiana, a 300 pound Siberian beauty, escaped from her grotto after 5 p.m. Christmas day and slashed and killed a 17-year-old and attacked two of his friends, now is the time to bring us to a reality check about what some zoo patrons do to these animals that we are so privileged to see.

At these facilities, animals are constantly subjected to taunting, teasing and torturous behavior from many zoo visitors, while the rest of us look on wondering what we are supposed to do. Some visitors will do anything to get a spark from animals, who unfortunately have no choice in the matter. The rest of us -- visitors who don’t enjoy watching such sport -- are at a loss as to what to do as zoo security always seems abysmally far, far away.

Now is the time to stop this behavior – and it’s so simple. While zoo officials blame lack of funds for added security, there’s a way in which zoo patrons can help, such as the day we spotted a young man at a Seattle-area zoo roaming around inside the polar bear exhibit to show off to his friends. Lucky for him, he got out alive. Had a number been posted, I suspect many visitors would have pulled out their cells and reported the incident.

In the news following Tatiana's attack, the father of the slain boy said he didn’t know what happened at the zoo, but made a poignant remark about zoo officials two most major duties.

While investigations thus far have not proved either way whether Tatiana was provoked, a foot print was discovered over the side of the rail. Perhaps, despite the high cost of one dead tiger and the 17-year-old she killed, a brilliant spotlight will finally focus on an issue that has long gone ignored.

Had there been signs about who to call, I’m sure that teenager crawling around with the polar bears might have thought twice before managing to get inside. The same is true if someone relentlessly torments an animal. Visitors could easily report it to security if a contact number was posted all over the zoo . It’s simple. It’s cheap – and it’s a way to protect animals and stupid humans from their own actions.

I can’t tell you how often I’ve stumbled on the taunting myself.

One day at the Los Angeles Zoo, I came around the bend with my son to discover a group of young men throwing branches at an alligator resting quietly in a pond. That was bad enough.
But then one of the teens picked up a giant tree branch, leaned perilously over the rail and began to poke at the animal’s eyes.

I was outraged and knew security would be impossible to reach in time. I began yelling at the kid to get down and leave the alligator alone. Suddenly, him and his friends surrounded me and the teenager yelped: “Who the hell are you to tell me what to do?” Said another: “Do you work here?”

“Yes, I do,” I said, as it was a good time to lie. “I’ve already called security and they’ll be here any minute.”

Fortunately, they took off. When I complained later to a zoo docent, she thanked me profusely, but sadly added that one of the zoo’s animals had lost its eye due to similar behavior.

And that’s how it is for the thousands of animals locked up in zoos for our pleasure day after day after day. Taunts. Hoots. Yells. Pokes. Parents, being their child’s first teachers, are often the culprits.

Every once in awhile, an animal finds a way to get back at taunting visitors.

One event involved a man with a pack of friends cackling at a giant Silver back in the Los Angeles Zoo. The man was relentless with yells and hoots; the agitated gorilla turned his back to the crowd. That only made the man behave worse. He began to pound his chest loudly and make Tarzan calls. Seeking revenge, a silvery arm picked up some leftover business, aimed, fired and hit the man in the face.

But most often, animals can’t defend themselves. Whatever happened at the San Francisco Zoo – and I’m not sure when we will know or will ever know – perhaps will bring this issue to a head. Many visitors who witness these despicable behaviors don’t know what to do. Do we intervene? Run to security officials, who seem too far to reach? How much taunting is too much? What happens if a visitor is about to injure an animal?

All those things were running through my mind while we watched the woman tease the tiger. How much easier this could be if we knew who to call.

Ironically, right after Christmas last year, my family and I decided to visit the San Francisco Zoo for our first time. We had never gone and a woman highly recommended it for its sheer beauty and location. A few days before we went, a zookeeper was publicly feeding Tatiana, when she grabbed the zookeeper’s arm and mangled it.

Perched above Tatiana’s grotto, we watched her and her partner entertain us with their loving affection, rolling around together and covering each other with adoring licks. I wondered then how long it would take for this feline to become a target to intense teasing since she has garnered such media attention.

If taunting did happen with Tatiana -- and even if it didn't -- we owe it to ourselves and to the animals we’ve come to adore at many a zoo, to become part of the cure to this ongoing trouble. And to teach our own children how to behave at the zoo.

Then and only then, will both humans and the animals be truly safe.
Posted by theunderdogforkids at 11:51 AM No comments: Links to this post

Labels: TIGER ATTACK A LESSON FOR US ALL 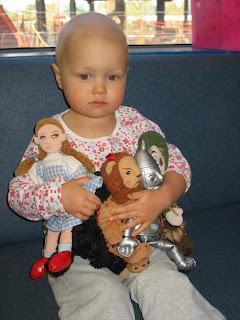 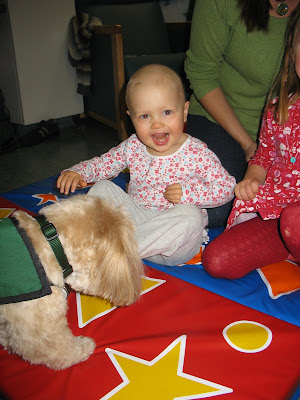 REMEMBER JILLIAN MAY NEED YOU -- AS WELL AS HUNDREDS OF OTHER KIDS LINED UP AND WAITING FOR DONORS: GET SWABBED THIS SATURDAY at CABRILLO MARINE AQUARIUM AS A BONE MARROW DONOR;

Want to save a life? Possibly 23-month old Jillian's, who suffers from leukemia and could need a bone marrow transplant?

Here's how you can start. Show up this Saturday at Cabrillo Marine Aquarium anywhere from 11 a.m. to 3 p.m. and have the inside of your cheek swabbed to determine if you are a match for any child or adult who needs a bone marrow transplant.

Ever since Jillian, a local San Pedro tot who seems to have no concept that she's ill with her Tigger-like bounciness, was diagnosed with a rare form of leukemia, Jillian's parents, Michelle and Matt, and their friends have undertaken the biggest drive of their lives -- trying to obtain a match for Jillian, but not just for Jillian but hundreds of others.

This Saturday, residents from 18 to 60 can register to become part of the national bone marrow registry at San Pedro's Cabrillo Marine Museum. Police, firefighters and minorities can register free. Jillian's friends have done several fundraisers to offset the normal registration costs. The aquarium is located at 3720 Stephen M. White Drive.

Potential donors are encouraged to register for anyone --not just Jillian-- to save a life. Minorities are desperately needed as Caucasians make up the largest percentage of potential donors in the national registry.

Ironically, the Littons -- before they ever knew about Jillian's troubles -- had become registered bone marrow donors. Michelle said for years she had been haunted by the struggles of those children. Unfortunately -- while matches typically run a long genetic lines -- neither parent or Jillian's sister, Anna, 4, are a match.

Therefore, they are in search of a match for Jillian -- but are determined to help scores of others along the way. For more information about becoming a bone marrow donor, visit the following sites: http://www.marrow.org/ and http://www.getswabbed.org/.

Please visit entire Jillian story in an earlier post.
Posted by theunderdogforkids at 9:47 AM No comments: Links to this post