The End of the World in a Child's Eyes 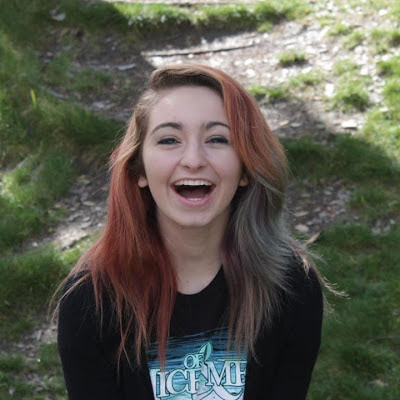 Dear readers: I couldn't resist publishing this one. Written by 14-year-old Veronica Gray, she has a way of painting the world's end as beautiful. You will have to decide for yourself.  -- Diana

I woke up today and it was the end of the world. My bed was floating in the air. My house was gone. I jumped off and flew around. It was dark but I could see everything. The wind blew against my face. My hair was slapping into my face poking its way into my mouth. I flew against the wind traveling the town.

I could see a silhouette of people in their homes. But they were paused just doing whatever they were doing. I pushed harder and I ended up downtown. I see people in their car or walking up and down the street, but they weren't moving. My watch said: 3:33 a.m.

Then I stopped.The moon exploded into millions of neon blue lights, dancing and falling toward the ground covering everything as if there was snow. I touched the floor and the lights were moving and buzzing. One hopped up and shot down the street. Then another. Then another. I was flying with them.

They led me to the beach. There were more of different colors, mixing and soaring together, crashing into each other. I laughed and they stopped and they all rushed around me knocking me to the ground.

When I finally crawled out of their attack, I flew down the shore until I reached a big boat. I went to the boat and settled down. The stars were so bright, twinkling in the moonless sky.

I laid on the deck of the boat looking up at the marvelous stars. One fell and crashed into an office building. It immediately caught flames. Then one more fell into the ocean.  A huge wave was created and the swell made the boat rock. The boat started moving west until I couldn't see the shore.

Then we didn't move anymore but the boat still tried to run from the falling stars. I looked over the edge and there was nothing. No more water.  I felt oddly safe in nothing and I fell asleep dreaming that I sailed to the edge of the world to watch the stars fall down.
Posted by theunderdogforkids at 5:55 PM No comments: Links to this post