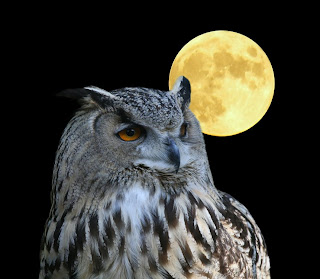 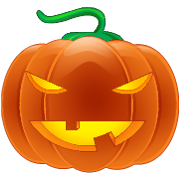 Posted by theunderdogforkids at 3:15 PM No comments: Links to this post 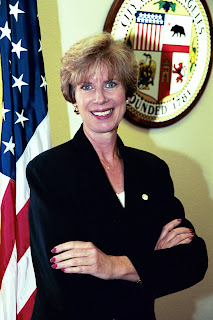 Los Angeles City Councilwoman Janice Hahn Asks You to Approve Prop A to Allow Funds That Would Out-Recruit Gangs By Providing After School Programs, College Bound Funding and More
NOTE from Diana first:
Dear Readers:
As a volunteer, I work with students who are either living in the midst of a gang infestation in their neighborhoods or are trying to break away from gangs. Some teenagers wonder if they are going to make it to the age of 18, since they've already lost so many innocent friends to gang violence.
Recently, I had a 14-year-old tell me he wants out of a gang. But his grades are low, so he can't play the sport he loves -- soccer -- at high school. To keep him away from gangs, he needs to be busy after school every single day and pursue his love: soccer. This is the type of tool that Prop A will pay for -- providing more sports and other activities at schools and oustide of campuses. I've asked Janice "Where is this money is going?" She has assured me a large chunk will go to after school programming.
It's "old hat" for some to who don't believe after school programming works. But time and time again, studies show its successful in keeping kids out of gangs. We saw success at Dana Middle School where kids once roamed the streets in packs once school let out. With clubs like swimming, cooking, basketball, chess, art and cheer, many students were diverted to clubs rather than the streets. Most of the clubs were were run by parents on a shoe-string budget. However, if we vote yes on Prop A, we can implement programs like this at many of Los Angele's public schools.. It's elementary. My Dear Watson.
Here is Janice's argument for it:
Los Angeles City Councilwoman Janice Hahn Asks You to Vote Yes on Prop. A -- the Measure to Curb Intense Gang Violence Using Funds to Prevent Kids from Getting Into Gangs in the First Place
By Los Angeles City Councilwoman Janice Hahn
Proposition A is on the ballot on Tuesday, November 4, because mothers across Los Angeles begged the City to change the way we deal with gang violence.
They asked us to find a way to keep their kids from joining gangs and to prevent any more needless gang killings. They begged us to prevent the loss of innocent lives, like Cheryl Green’s. Cheryl was a 14-year old girl, standing outside her house in the Harbor Gateway with her friends at 3:30 in the afternoon. She was in the right place at the right time.
But, gang members drove by, sprayed Cheryl and her friends with bullets and she was killed almost instantly. So, a week before Christmas 2006, her mother had to bury her daughter. Mothers all over Los Angeles asked us to do something to keep this from happening again. We listened and Mothers Against Gang Violence was formed and Proposition A was placed on the ballot.

The City currently has more police officers on the street than ever before. We have more gang injunctions in place than ever before. We have arrested more than 400,000 gang members and sent them to jail. But, what has it gotten us? We now have six times the number of gangs and twice the number of gangs we did 20 years ago. Why? Because we are spending the majority of our resources on suppression and very little on prevention. We cannot arrest our way out of the gang problem. And while more police officers and gang injunctions are great tools to combat the violence, we know that for every gang member we arrest, another young person is being recruited to join a gang.

Some young people join gangs because they need protection just to walk to and from school. Some join gangs so that they have something to do after school. And others join gangs to give them an “after-school job.” Finally, some join because they think that no one cares about them. Once they make that decision to join a gang, they set out on a life of crime, violence and possibly death. And once you join a gang, it is almost impossible to remove yourself from that lifestyle. Even if you want to get out, the gang will not let you. It is a terrible cycle.

We must find a way to reach our young people and keep them from joining gangs in the first place. We can do that by providing them with positive alternatives to gang involvement. We know that for every gang member we arrest, another young person is being recruited to join a gang. We need to give them alternatives like good after school programs, such as music, drama and art (like the great Art-to-Grow-on Program); as well as mentoring and tutoring programs. We know that kids in after programs do better in school, they stay in school and the crime around that school goes down dramatically.

We should also be offering job training to young people who will probably not go to college. We know that nothing stops a bullet like a job. If a young person has the skills to land themselves a job, they won’t even be tempted to join a gang. Proposition A will fund job training for our young people, not only keeping them out of gangs, but also building a the next workforce.

Proposition A will allow Los Angeles to change the way we deal with gangs. It will allow us to reach every child—especially those at risk and give them positive choices.
Voters will be asked to invest $36 a year for the safety and growth of our children. That is only $3 a month for every property owner in Los Angeles and that is a small price to pay to provide hope and opportunities to our young people.

We have a lot of support for Proposition A. Not only do we have Chief Bratton, Sheriff Baca and our rank and file police officers, we also have the support of Fire Chief Barry and our firefighters. The San Pedro Chamber of Commerce endorsed the Proposition because it will help train our next workforce and create safer streets, benefiting our businesses. We have the support of the San Pedro Progressive Democratic Club and the National Association of Women Business Owners, as well as locals like Mike Lansing, Steve Kleinjen and John Olguin. But, what we really need is your support—the support of the voters on Election Day!

Proposition A is located at the end of the ballot, so make sure you look for it.
Remember, on Tuesday, November 4, vote Yes on Proposition A for our kids.
Posted by theunderdogforkids at 7:32 AM No comments: Links to this post