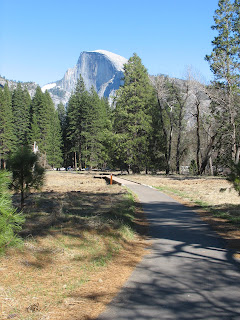 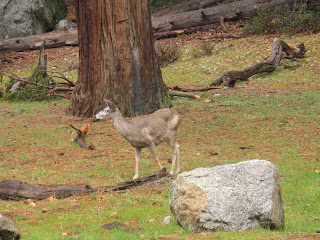 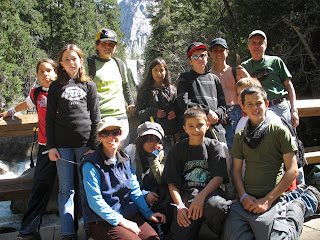 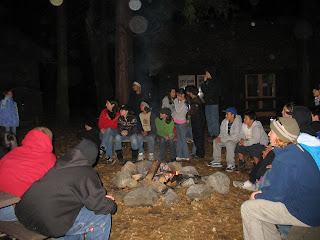 YOSEMITE: THE BIGGEST OUTDOOR
CLASSROOM EVER; ALL CALIFORNIA STUDENTS DESERVE TO GO: PARENTS -- IT'S YOUR TURN TO HIKE UP 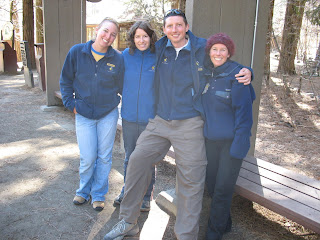 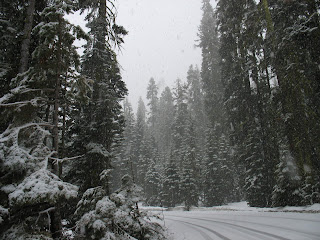 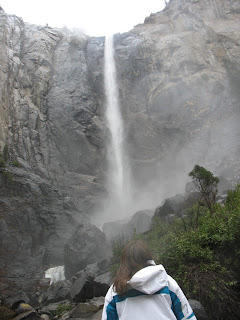 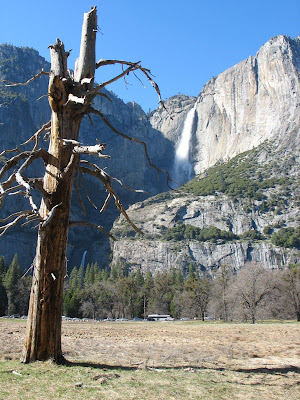 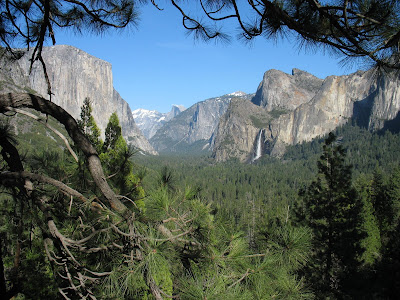 YOSEMITE: THE GREATEST OUTDOOR EDUCATION CENTER; ALL CALIFORNIA STUDENTS SHOULD HAVE A SHOT AT THIS MARVELOUS, MAGICAL WORLD TO LEARN
By Diana L. Chapman
A TRIP TO YOSEMITE: ONE OF CALIFORNIA’S GREATEST EDUCATIONAL TOOLS; MIDDLE SCHOOLERS INTERESTED IN GOING SHOULD START FUNDRAISING AT THE BEGINNING OF THE YEAR FOR A SHOT AT SPOTTING SHEER WALLS, BOB CATS, COYOTES, SNOW AND SOME OF THE GREATEST GLACIER CARVINGS THAT EXIST ON EARTH

A pit welled up in many of the kid’s stomachs as they started to haul themselves through a tiny V-shaped rocky entrance into pitch-black Spider Cave.

The blackness alone was enough to scare off most adults – let alone middle school students – who were learning once again during an educational trip to Yosemite the true nature of team work. They had to depend on each other to get out.

A teacher on the journey, a bit petrified herself, felt her heart stop once she entered the cave until she heard Felipe, a giant 8th grader, whisper kindly that she was fine. He was right there next to her – and he would guide her through the darkness. The students were in a chain, holding each other’s hands, responsible to guide the soul behind them – to find their way out.

Arching through Spider Cave –not called that because the creatures dwell there, but because a human almost has to take the shape of a spider to get through – was just one of the many lessons students received on their journey through Yosemite – done via the Yosemite Institute where lessons from geology to biology will be thrown at students from 8 a.m. to 9 p.m. each dayan .

It’s hard to drink in that much information, but when education is disguised as adventure, which it truly was, the spark easily stays ignited.

The best part: students from Dana Middle School learned to give up their computers, their I-Pods, their cells (which didn’t work here) and learned to enjoy – some for the first time in their lives – the wilderness. They hiked through towering sequoia groves, studied the swath of stars in the night time skies, scaled the sides of sheer cliffs – and learned how the glaciers carved those cliffs with slow, but ever-changing movement.

It was a giant outdoor classroom that was endless in lessons.

Once in Spider Cave, the Yosemite Institute teacher lit a candle. The student’s faces glinted with shadows that bounced off their faces and asked them to share their feelings about being in this cave – where few of the millions of visitors would ever have a chance to crawl through.

One frightened boy gratefully turned to his friend and thanked him profusely for guiding him through the cave, one of dozens of adventures they would have in this week-long trip in one of California’s most magnificent natural landscapes.

While walking through ancient redwood groves, one student marveled at the amount of knowledge the institute’s teacher had. The teacher, he was awestruck by, could pick up leaves and tell you which type of tree they belonged to.

“How do they know all that?” the student asked one morning while walking through grooves. He might not have been a perfect student, but he was learning a lot about biology – and best of all, the jagged Yosemite geography was igniting his imagination. This experience is the type hat can change a child’s life around in a heartbeat.

That week in Yosemite, students dabbled in astronomy, had lessons in cross-country skiing, hiked alongside waterfalls and visited a myriad of areas in the region laced with hundreds of lakes and ponds. They watched as wildlife trooped casually by in their own neighborhood, from shadowy coyotes scouting for food to a quick visit from a bobcat.

“Yesterday, when I was hiking, my group and I saw a coyote stalking two squirrels,” wrote one 8th grade student. “It’s really cold here. I love the snow when it’s fresh and powdery.”

A science teacher explained just why this experience is so important to so many students.

“For students with limited experiences coming into middle school, the Yosemite experience broadens their world,” said Alyssa Widmark, a science teacher who has chaperoned the adventure for three years. “It gives them a reference point from which to imagine, to dream. They could not have imagined careers or leisure time in this environment, because they did not understand its existence.
"For more worldly students, it gives them opportunities to mature, help others, be self reliant and have others rely on them. It connects them with nature in ways that will effect who they become as an adult.”
Since Yosemite, one of the greatest gifts California has to offer perhaps to the entire world, the state’s students should all have a chance to attend this marvel.
To do so, however, school districts can’t possibly do this alone. Parents need to step up, agree to chaperone and in some cases – consider taking over the responsibility of the adventure.
For if there is a dream world to be had – and one that can be learned from – Yosemite is the place.
For more information, visit http://www.yni.org/ or call (209) 379-9511.


Posted by theunderdogforkids at 7:16 PM

Labels: Yosemite A Must for All California Students

The photos of Yosemite and the folks enjoying the outdoors are spectacular!

Right here in San Pedro we will be able to provide the chance for about 13,000 fifth graders and their teachers from throughout the L.A.U.S.D. a much smaller, yet very important chance to commune with nature and learn more about the outdoors when the Point Fermin Outdoor Education Center finishes with its redevelopment, possibly as early as Summer, 2009.

The redevelopment, including the construction of a brand new dormitory building, will allow students to experience outdoor adventures overlooking the Pacific Ocean and in an area where nature is just found by opening one's eyes, ears, and thoughts.

Participants will spend either 3 nights or 4 nights per week in a 24-hours per day Center that will allow for new learning and experiences most students attending the Center might never get during their childhood, anywhere else.

It would be too bad to build a new high school on the floor of Yosemite Valley or directly next to the redeveloped Point Fermin Outdoor Education Center, many San Pedrans strongly feel.

Let's allow our school-age children the opportunities to experience as much as possible in the way of outdoor education and activities without disturbing their participation by having a large high school placed where it simply doesn't belong.

And while we are all thinking about that issue, let's all join together at the Peace Rally on May 15, at San Pedro High School's Pirate Stadium.

Many Congrats to you May you have that as u want, Wish you a best of luck.